‘The SpongeBob Movie: Sponge on the Run’ Premieres Today on Paramount+

‘Aye-aye, Captain!’ – the latest CG movie adventures of the Bikini Bottom gang hits the interwebs as ViacomCBS’ new streaming service launches with an under the sea splash; stop any important work and descend into wackiness with three zany clips. 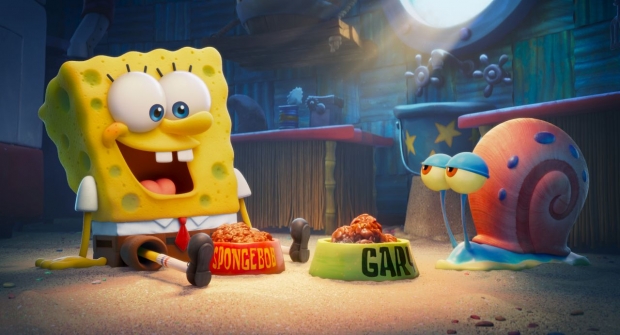 In The SpongeBob Movie: Sponge On The Run, SpongeBob SquarePants, his best friend Patrick, and the Bikini Bottom gang star in their most epic movie adventure yet! When SpongeBob’s beloved pet snail Gary goes missing, a path of clues leads SpongeBob and Patrick to the powerful King Poseidon, who has Gary held captive in the Lost City of Atlantic City. On their mission to save Gary, SpongeBob, and his pals team up for a heroic and hilarious journey where they discover nothing is stronger than the power of friendship.

“Barnacles!” as they say. In other Nickelodeon news announced this morning, the studio has also greenlit a second SpongeBob series spin-off, The Patrick Star Show. Produced by Nickelodeon Animation Studio, the 2D family sitcom stars Patrick and the rest of his family as they are constantly disrupted by Patrick’s wild whims and surreal imagination. The 13-episode series will debut this summer on Nickelodeon.