Netflix Acquires ‘Teddy and the Guardian of the Night’

Dwayne Johnson to produce family adventure film from Seven Bucks Productions and FlynnPictureCo that tells the story of stuffed teddy bears coming to life to protect kids from all things that go bump in the night; Josh Stolberg and Bobby Florsheim have been tapped to pen the screenplay. 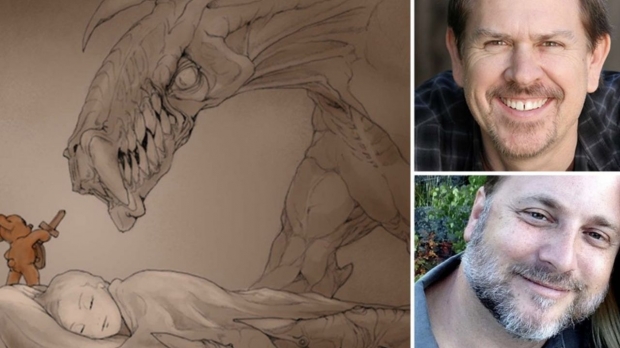 Netflix has acquired the family adventure film Teddy and the Guardians of the Night from Seven Bucks Productions and FlynnPictureCo. In the story, stuffed teddy bears from around the world secretly come to life to protect children everywhere from all the things that go bump in the night.

Seven Bucks Productions President of Production Hiram Garcia initially discovered the illustration, which was optioned to provide source material for the film.

“At Seven Bucks, we’re always on the hunt for content that can help inspire our next big story,” commented Garcia. “From the moment I saw Alex’s incredible drawing, I knew there was something special there that our global audiences could respond to. We’re excited to add to our growing slate with Netflix and share this story with the world.”

Writers Josh Stolberg and Bobby Florsheim have been hired to pen the new screenplay which was originally written by Luke Passmore (ARCHENEMY). Partners for over two decades the writing duo were hired onto the multi-million-dollar spec sale of Passion of the Ark, which was eventually developed into Evan Almighty. Together they have written Manwitch for Todd Phillips and The Spellman Files for Laura Ziskin. Solo, Florsheim has written film projects for Michael Keaton, Mike Meyers, and John Davis, while Stolberg has found a niche in horror, having co-written Piranha 3D and the upcoming Saw film, Spiral, starring Chris Rock and Sam Jackson.

Dwayne Johnson, Dany Garcia, and Hiram Garcia are attached to produce on behalf of Seven Bucks Productions with Beau Flynn producing for his FlynnPictureCo. Scott Sheldon will executive produce and Chanel Bowling will oversee for FlynnPictureCo.