WATCH: ‘Rick and Morty’ and ‘SpongeBob’ Get Anime Treatment

Both ‘official’ and fan-made homage shorts, ‘Rick and Morty vs. Genocider’ and ‘Bubble Bass Arc,’ show that ‘niche’ anime audiences are a growing force to be reckoned with. 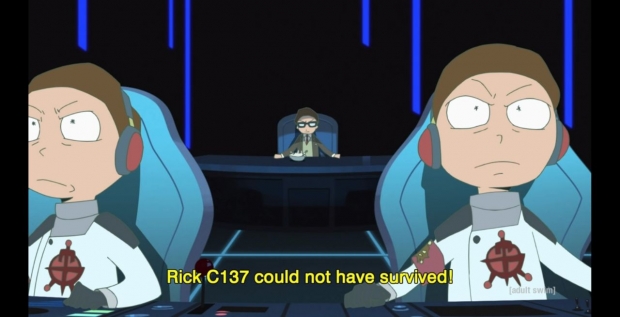 Folks love their anime. Lots of folks. In fact, anime seems to be the way of the future for many animation fans. Once relegated outside Japan to niche audiences primarily in the U.S., the Japanese animation style has seen enormous gains in popularity over the years and has finally found its way into the mainstream. It comes as no surprise that WarnerMedia’s anime-branded streaming service, Crunchyroll, boasts a library of more than 1,000 titles, and has reached a record 3 million paid subscribers, up from just 1 million in 2016. In a nod to the major successes of shows like the Netflix original anime, Castlevania, many studios (both official and fan-made) are dipping their toes in the popular anime water; two very notable recent examples are Rick & Morty and SpongeBob SquarePants.

First up is a thrilling Rick and Morty anime offering, Rick and Morty vs. Genocider, set in Tokyo, where the eponymous heroes fight the evil Genocider and nothing weird happens. The short, released online for Adult Swim Con, was produced by Sola Entertainment, animated at Telecom Animation Film, and features a traditional 2D anime style. Click here to watch the show’s first anime, Samurai & Shogun, which was produced in Japan by Studio Deen and utilizes 3D animation.

Next up is a full “unofficial” anime episode of Nickelodeon’s most popular animated series, SpongeBob SquarePants. While this series is a fan-made offering by Narmak Animation, it is still a major feat, and very telling of what fans want. The first episode, Bubble Bass Arc, premiered on July 23rd and has already generated over 7 million views.

So don’t forget, for fans of Netflix original anime, be sure to check out Dragons Dogma, dropping September 17th.