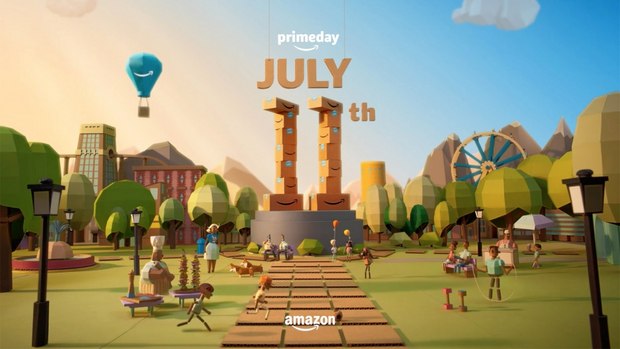 Peter Sluszka’s stop-motion paper world will take over Amazon again for Prime Day on July 11th. Amazon, along with Leo Burnett Canada, tapped Sluszka for the second year in a row to create Prime Day’s TV and digital ads, banners, GIFs and other elements for the site. A truly global campaign, Sluszka’s Prime Day world will be seen in countries including Canada, the UK, China, Japan and France.

Sluszka was excited for the opportunity to build on the previous year’s successful site takeover, from revisiting old characters -- like the ice cream vendor -- to creating some new ones like the charming home chef. Amazon’s Alexa, digital cameras, and noise-canceling headphones are crafted lovingly from paper for the cardboard world originally inspired by Amazon’s shipping boxes. Adorable paper Corgis and cats, high tech techies and well-dressed fashionistas will all be featured on Amazon landing pages around the world. Sluszka has created a magical cardboard world to step into while hunting for deals on Prime Day.