Emerging directorial talent behind the music video for Jane Bordeaux’s ‘Ma’agalim’ has worked with Pixar, Disney and Sony Pictures Imageworks. 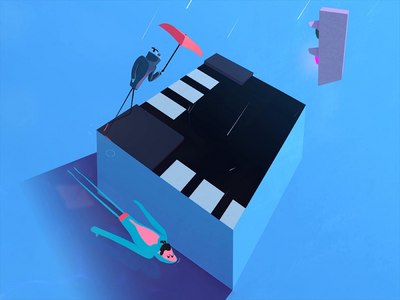 NEW YORK -- Hornet, the full-service production studio with offices in New York City and London, has announced the signing of director Uri Lotan to its roster. Uri has previously worked with Pixar, Disney and Sony Picture Imageworks.

“The baseline for me is always the narrative,” Lotan explained. “Of course the resulting visuals need to be beautiful and appropriate, but the visuals I create aren’t rooted in suave, abstract images, my brain doesn’t work like that. They are created through a few words, anecdotes.

“I like a challenge,” he added, “Most of my recent work has been in feature-length films, but I like the experimentation that comes with directing something more personal, or even something more explicitly commercial. It pushes me out of my comfort zone.” This experimentation has allowed Uri to construct smart, detail-driven narratives, such as the critically-acclaimed music video Ma’agalim, which cleverly distill the story’s essence in a few seconds or minutes.

With his representation by Hornet, Uri intends to further demonstrate his capabilities.

“He’s incredibly entrepreneurial,” commented Hana Shimizu, Hornet’s New York-based executive producer, “bringing together different skills and perspectives to create work that is honest and playful. It gives him a versatility, which will allow him to expand his incredible capability as a director and an animator.”

Lotan also sees it as an opportunity to showcase not only his own talent, but also the creative talent in others.

“When you work on a feature, you’re often animating a single scene or frame, a small part of the overall story,” Lotan said. “It’s a specific vision, which can be a great experience, but I very much believe that the best work is created when the sensibilities of those involved in the process can be expressed.”