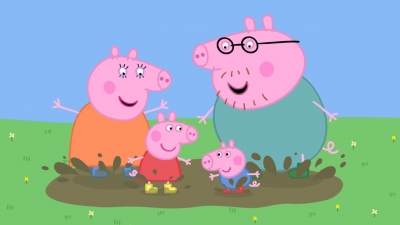 Wolfoo - a show about the adventures of a cartoon wolf and his anthropomorphic friends - is one of several channels in Sconnect’s YouTube catalogue, which also includes the stop-motion series WOA Luka and the 2D black comedy Max’s Puppy Dog. The suit eOne has against Sconnect has been listed under intellectual property, with an early report in Variety indicating that Wolfoo will come under fire for violations related to “passing off and trademarks.”

London-based law firm and intellectual property experts Brandsmiths brought forth the action. The claim charges that Sconnect is in breach of six registered trademarks associated with Peppa Pig’s name, images, and references in other content related to its franchise.

This isn’t the first time eOne has taken legal action over Peppa Pig: in 2019, the company sued individuals in the U.S. and China who counterfeited merchandise that featured characters from the show. Wolfoo’s three YouTube channels currently have a combined 26.1 million subscribers -- a fan base that eOne apparently believes was attained by imitating Peppa Pig in a way that constitutes deception of the public.

In 2014, The Guardian reported on a watershed moment for eOne, as the company generated over $1 billion in global TV and merchandising revenues thanks to Peppa Pig. Its lawsuit over faked merch in 2019 was seen by some as a means of protecting its growing empire. Likewise, this new case targets a competitor that eOne perceives to be aping its series’ defining visual and conceptual style.