None other than Nick Fury himself may be reprising his role as the purple lightsaber master, alongside a younger version of the character, in what would surely be a thrilling origin tale. 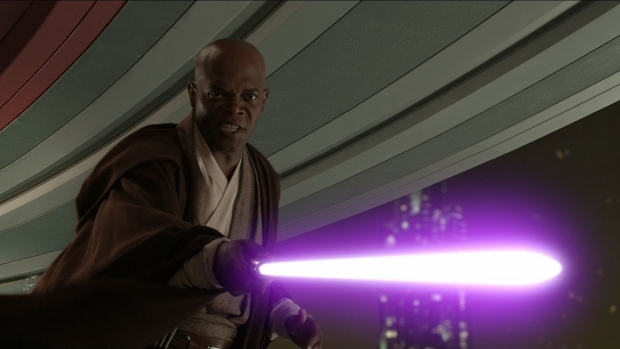 Disney sure seems excited about its newest beau, the Star Wars franchise. Many, many prequel projects are rumored to be in development over at Disney+, possibly featuring fan favorite characters Lando Calrissian, Darth Maul, and Han Solo. A new, rather exciting project is now being whispered about: the origin tale of purple lightsaber wielder extraordinaire, Mace Windu. The project would focus on young Mace, which would regrettably mean that Samuel L. Jackson would not serve as the lead, but would appear in potential flash forwards to events from the Prequel Trilogy.

The powerful Jedi was supposedly killed in Revenge of the Sith, but Jackson himself has hinted that may not have meant the end of his character. “I'd really love to give one more run at Mace Windu in Star Wars,” he stated. “There's a long history of one-handed guys that were Jedis, that have lightsabers, that still made it. Jedis can fall from incredible heights and not die, like cats.” Perhaps there is room in the project to tell his story post Palpatine-murder, even though he is never seen again after his fall.

If you’re craving more of the force, check out The Mandalorian on Disney+ - Season 2 premieres October 30. Check back for more information on the long awaited Obi-Wan Kenobi series currently in development.