Hope is on the Way in ‘Sweet Tooth” Official Trailer

Can the bond between a man of violence and a hunted, hybrid deer boy searching for others like him survive a world ravaged by the worst in human behavior? Season 1 premieres June 4 on Netflix. 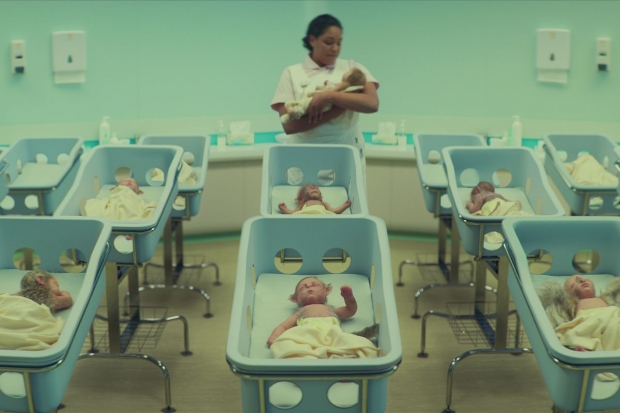 Coming to Netflix on June 4, Sweet Tooth, an eight-episode series based on Jeff Lemire’s groundbreaking DC comic, follows the perilous journey of a hybrid deer boy across a post-apocalyptic world. He bonds with a wandering loner who’s no stranger to violence, and together, they embark on an adventure through the lush, dangerous world left behind, searching for other hybrids and a safe place to call home.

In describing the upcoming series, Mickle said, “We wanted to make a show that offers escape and adventure, where nature is reclaiming the world and, in many ways, it feels like a fairytale. Sweet Tooth is a new kind of dystopian story, it’s very lush and hopeful. We want people to come into this world where there’s beauty and hope and adventure. This is a sweeping story — we ride on trains, climb mountaintops, run through forests. This is a show about what makes a family, what home really means, and why it’s important to keep faith in humanity.”

“Sweet Tooth the series has been in the making since 2016, and the comics existed even well before that, but I think everyone is going to relate to the show and this story even more than we even thought when we first started working on it,” Schwartz added. “When you watch Sweet Tooth, you feel hopeful about the future.”