Two–time Oscar-winning filmmaker, director, producer, animator and writer to be honored at the 21st annual Art Directors Guild’s Excellence in Production Design Awards for his contributions to narrative design. 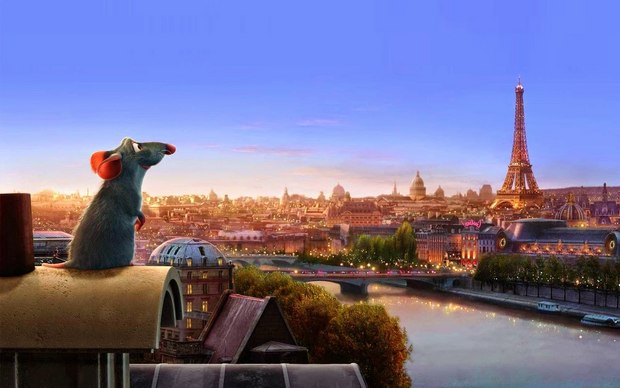 HOLLYWOOD, CA -- Two–time Oscar-winning filmmaker, director, producer, animator and writer Brad Bird, whose films have consistently reflected the highest quality of production design, will receive the prestigious Cinematic Imagery Award from the Art Directors Guild at its 21st Annual Art Directors Guild’s Excellence in Production Design Awards. The Awards, celebrating “Return to Hollywood,” will be held Saturday, February 11, 2017 at the Ray Dolby Ballroom at Hollywood and Highland and will honor the prestigious spectrum of Bird’s extraordinary award-winning work.

“The ADG is thrilled to recognize the amazing contributions Brad Bird has made to narrative design, while so adeptly creating a visual cinematic legacy for generations to come,” said ADG President Nelson Coates. “The amazing ways Brad and his teams have elevated the production design of animation, and live action, have raised and continue to raise the bar for all visual storytellers.” The ADG’s Cinematic Imagery Award is given to those whose body of work in the film industry has richly enhanced the visual aspects of the movie-going experience. Previous recipients include David O. Russell, Christopher Nolan, Martin Scorsese, Warren Beatty, Clint Eastwood, Norman Jewison, John Lasseter, George Lucas, Frank Oz, Steven Spielberg, among others.

Brad Bird is the director of the Academy Award-winning films Ratatouille and The Incredibles, from Pixar Animation Studios. Both films earned Bird two Oscars and numerous additional awards. Bird was also part of Pixar’s Senior Creative Team working on such legendary animated features as Up, Wall-E, Inside Out and Toy Story 3, among others.

Bird began his first animated film at the age of 11, and finished it nearly three years later. The film brought him to the attention of Walt Disney Studios where, at age 14, he was mentored by Milt Kahl, one of a distinguished group of Disney’s legendary animators known as the “Nine Old Men.” Bird eventually worked as an animator at Disney and other studios.

Prior to joining Pixar, Bird wrote and directed the critically acclaimed 1999 animated feature, The Iron Giant, which won the International Animated Film Society’s Annie Award for Outstanding Achievement in an Animated Theatrical Feature.

Bird’s credits include acting as executive consultant on The Simpsons and King of the Hill, the two longest running and most celebrated animated series on television. He also created, wrote, directed and co-produced the “Family Dog” episode of Steven Spielberg’s Amazing Stories, and co-wrote the screenplay for the live-action feature Batteries Not Included.

Bird also directed the live-action films Mission Impossible: Ghost Protocol for Paramount Pictures which became the highest-grossing and best-reviewed film of its franchise. His latest film, Tomorrowland, starring George Clooney, was released in May 2015. His next project The Incredibles 2 is set for release on June 15, 2018.

Producers of this year’s ADG Awards (#ADGawards) are Production Designers Tom Wilkins and Tom Walsh. Final online balloting will be held January 9 - February 9, and winners will be announced at the dinner ceremony on Saturday, February 11, 2017. ADG Awards are open only to productions, when made within the U.S., by producers signatory to the IATSE agreement. Foreign entries are acceptable without restrictions.