Will Writers of the Original ‘Lion King’ Get Credits and Residuals from Disney’s Remake?

Story artists and contributors on 1994 animated classic, made outside Writers Guild of America jurisdiction, may not be credited or compensated by upcoming live-action summer release. 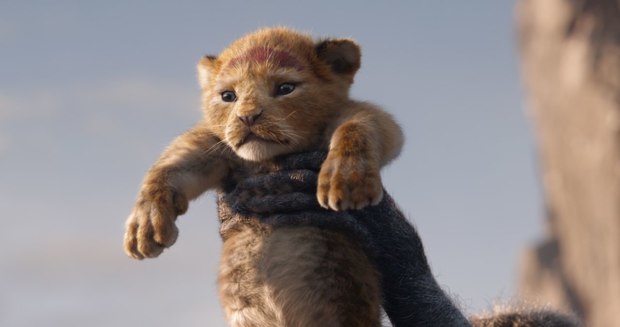 Many of the people who received story credits on Disney’s 1994 animated hit, The Lion King, might not receive similar credits on this summer’s upcoming live-action remake, according to a recent Hollywood Reporter article. Made under Animation Guild rather than Writers Guild of America jurisdiction, the original animated feature is merely considered “source material” for the new production, noted WGA head of credits Lesley Mackey. The Animation Guild, known as Local 839 of the International Alliance of Theatrical Stage Employees, or IATSE, offers members fewer credit protections and no residuals, which are standard under WGA rules.

The detailed article reports that in the wake of the 1938 National Labor Relations Board decision denying a challenge by the Screen Writers Guild, a WGA predecessor, and a similar decision a year later against a challenge by the Screen Cartoonist Guild, which represented animators, differences in how “writing” was described in those actions set the stage for divisions that exist to this day. The NLRB, in the latter decision, described an animation writing process that was much less formal than the process for film, concluding, “The ‘idea’ for a story may originate with anyone. The director and the story man develop the idea into a story suitable for screen projection within the allotted time for exhibition.” Even though those “story men” - story artists and other key story contributors - often make significant contributions on an animated film, the NLRB decisions paved the way for the glaring disparity -- eventually, live-action writers, considered “above-the-line” as members of  the WGA, began receiving residuals, while animation writers, considered “below-the-line” under the IATSE, did not. While most types of film and TV show reuse trigger residuals for above-the-line union members such as writers, directors and actors, only a few trigger residuals for IATSE unions. Additionally, residuals due IATSE members are paid not to the workers but into the union’s collective pension and health plans.

The report goes on to note that during a 1998 wage dispute involving writers on The Simpsons, who sought representation by the WGA, not the Animation Guild, Fox acquiesced, further splitting animation writers into TV and film camps – today, the WGA covers Netflix shows like BoJack Horseman, as well as the upcoming Apple show Central Park, whose writers enjoy residuals and potential licensing revenue.

Original The Lion King writer Tom Disch didn’t receive official credit and is not among the 27 people listed in The IMDB under writing credits for the 1994 film – of those 27, only four (of just five total) are listed in the 2019 film version.

Directed by Jon Favreau, who helmed Disney’s hit 2016 photo-realistically CG-animated “live-action” remake of The Jungle Book, The Lion King hits theatres July 19, just one of three similar live-action remakes audiences will get to see from the studio this year. -- Tim Burton’s Dumbo has a March 29 release date, while Guy Ritchie’s Aladdin is being released May 24. Issues concerning animation writing credits and residual payments, part of the broader ongoing discussion of credits and residuals for animation directors, voice actors, VFX artists and other related professionals, are not new. However, questions regarding Disney’s three new features will most assuredly force the issue back to the forefront of industry labor relation conversations in the months ahead.