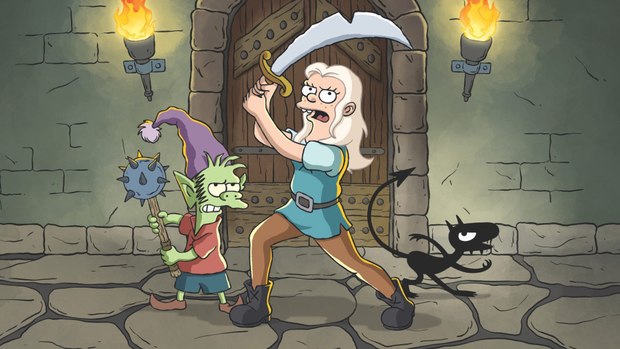 SAG-AFTRA leadership reaches a tentative agreement with the Alliance of Motion Picture and Television Producers for scale wages and residuals for animated programs made for streaming platforms, such as Matt Groening’s ‘Disenchantment’ produced for Netflix.

SAG-AFTRA and the Alliance of Motion Picture and Television Producers, which negotiated the deal on behalf of the entertainment companies, issued a joint announcement about the agreement on Thursday:

“SAG-AFTRA and the AMPTP are excited to announce that a tentative agreement has been reached covering animated programs produced for television, including network television, basic cable and streaming platforms such as Hulu, Netflix and Amazon Prime. The new deal is subject to ratification by SAG-AFTRA and will continue through June 30, 2020.”

Details of the tentative agreement have not been disclosed. Contract negotiations to guarantee SAG-AFTRA members scale wages and residuals for animated programs made for streaming platforms had stalled prior to July’s strike authorization vote, but were resumed last week.

In calling for the strike authorization vote, union leaders asserted that employers were refusing to provide scale wages or residuals for animated programs made for subscription-based streaming platforms, currently the fastest-growing sector of the industry.

Ahead of the vote, SAG-AFTRA president Gabrielle Carteris declared, “Animation performers need the power of a strike authorization to avoid losing the hard-fought gains that generations of performers before them have struggled to win,” noting that performers had been working under agreements that expired more than a year earlier, on June 30, 2017, and that more than 20 animated series produced for subscription-based streaming platforms had gone into production since then.