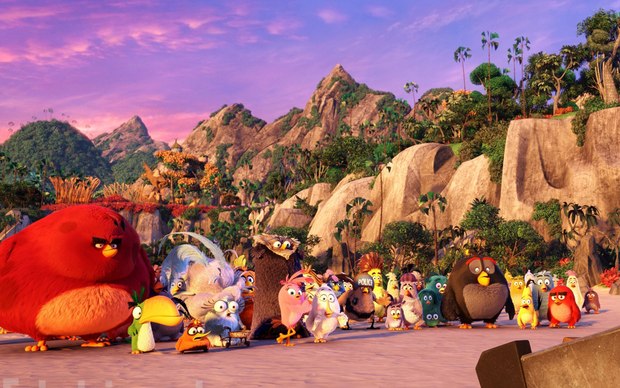 Rovio and Sony Pictures have just released a new trailer for The Angry Birds Movie, the feature film based on the addicting mobile video game franchise that has been taking over the minds of adults and kids alike since 2009.

Check out the new trailer, which comes with pee jokes a-plenty, in the player below:

In the movie, the main trio of Angry Birds will be led by Jason Sudeikis (Horrible Bosses, We’re the Millers) as Red, a bird with a temper, with Josh Gad (Frozen) as the speedy Chuck, and Danny McBride (This is the End, Eastbound & Down) voicing the volatile Bomb. Supporting them are Bill Hader (Cloudy with a Chance of Meatballs) as a pig, Maya Rudolph (Bridesmaids) as Matilda, and Peter Dinklage (Game of Thrones) as the Mighty Eagle.