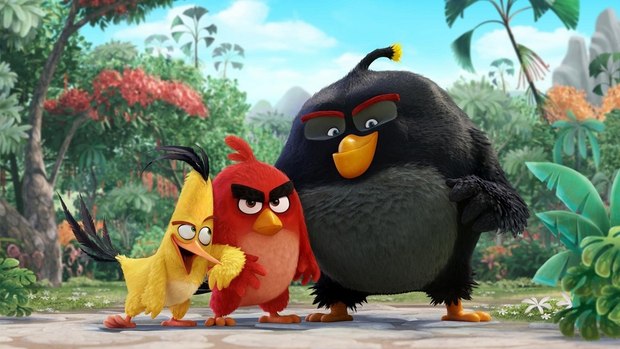 Rovio has always baffled me. Even though success seemed unlikely, I always applauded their bold business decisions, and hoped they would succeed. Though one weak year doesn’t spell the end of the company, the way these articles from Polygon and Time describe the upcoming Angry Birds animated feature is unsettling. It seems the company is now relying on the film to revive its brand.

Three years ago Rovio's film made sense. The brand was strong, and to establish themselves as a truly competitive entertainment company, Rovio diversified. Following very closely with a Disney plan, they expanded into cartoons, sold merchandise, and even built Angry Birds theme parks. However, unlike Disney, they struggled to diversify their content and characters. Now I wonder if they suffer one key weakness. Though Rovio had a successful game, did they really build brand loyalty?

The ecosystem of Rovio is vastly different from gaming consoles of old. Angry Birds was born on a platform akin to space. With seemingly infinite possibilities, players are unlikely to stay in one world very long. This leaves little time for emotional connections to form. As sales lag now, I wonder if players ever cared. Did they see the personalities of the birds and relate to them? Did they strive to reclaim the stolen eggs from the pigs? Or did they simply like smashing objects into other objects?

Classic consoles like Nintendo captivated players at a young age with Mario and Zelda. The old games and consoles had many benefits for building brand loyalty. Those games had worlds to be explored and characters audiences could connect with. Nintendo also locked in player loyalty. If you purchased an NES you had to purchase Nintendo games. You would play with a lot of Nintendo characters, ingraining them into your childhood memory. Today millions will still buy a game just because one of these Nintendo characters is on the cover. Yet slow console sales and small game libraries finally led even Nintendo to embrace mobile games.

If the upcoming film is to be the Angry Birds’ saving grace, Rovio should be concerned. With half their games just licensed reskins of their original (Angry Birds Rio, Angry Birds Star Wars), they have done little to build a compelling world for players to explore. So what is the story of this film? And who cares about seeing it? Historically, even video game movies and shows with large, expansive worlds and beloved characters have failed. This includes brands like Nintendo powerhouses Mario and Zelda.

In any case, I applaud the attempt. If Nintendo still believes their games can be adapted to linear storytelling then others should have the confidence to try. With Rovio's lack of story driven games, the movie offers them a near clean slate to create something fun and buck the expectations of disappointing video game movies. After all, what once was, isn’t what has to be.