The noted filmmaker shared his outrage with the press after his and Netflix’s animated film, ‘Apollo 10 ½: A Space Age Childhood’ was disqualified in the Best Animated Feature Film category and their appeal has gone unanswered. 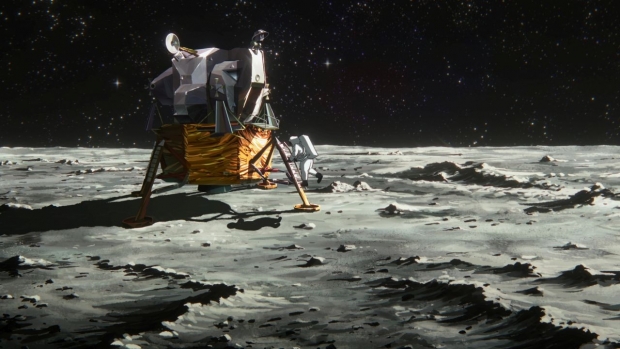 When AWN published its article, “Apollo 10 ½’: An Animated Celebration of Imagination and Creativity” about the innovative and very cool animated feature from director Richard Linklater and Netflix, Apollo 10 ½: A Space Age Childhood, it noted the work as a mesmerizing visual collage of history, nostalgia, and childhood fantasies, vividly realized in a handmade pastiche of 2D, 3D, and rotoscope animation. But apparently, the Academy of Motion Picture Arts and Sciences doesn’t quite see it that way…

As reported today by IndieWire, the “Academy of Motion Picture Arts and Sciences’ animation committee rejected the Netflix-produced project for Oscar consideration in the category of Best Animated Feature Film.”

A letter from the committee, shared with IndieWire, stated that the Academy “does not feel that the techniques meet the definition of animation in the category rules” due to the “extensive use” of live-action footage.

IndieWire further reported, “While the animation teams used live-action footage for reference, none of it appears in the movie. Linklater and Netflix requested an appeal to the Academy’s decision on September 12 and haven’t heard back with a confirmed date to make their case, despite numerous follow-ups. The Academy declined to comment, but matters of eligibility are expected to be assessed by the branch executive committee at some point this fall.”

The article goes on to share that the filmmaker and animation director Tommy Pallotta are now “speaking out” about their perception of a the Academy’s inherent bias against rotoscope technology, which “was applied to less than 20 percent of the movie.”

Apollo 10 ½: A Space Age Childhood, which debuted on Netflix this past April 1, tells the story of the first moon landing in the summer of 1969 from two interwoven perspectives – the astronaut and mission control view of the triumphant moment, and through the eyes of a kid growing up in Houston, Texas who has intergalactic dreams of his own. Taking inspiration from Academy Award-nominated filmmaker Richard Linklater’s own life, Apollo 10 ½: A Space Age Childhood is a snapshot of American life in the 1960s that is part coming of age, part societal commentary, and part out-of-this-world adventure.

Boasting an imaginative storyline complemented by equally imaginative animation, the film was created utilizing the software TVPaint and is primarily 2D with some 3D and rotoscope animation.