Watch the trailer from the Oscar-nominated director’s new animated feature that tells the story of the first moon landing in 1969, from the astronauts and mission control’s viewpoint, and through the eyes of a kid growing up in Texas with his own dreams of the stars. 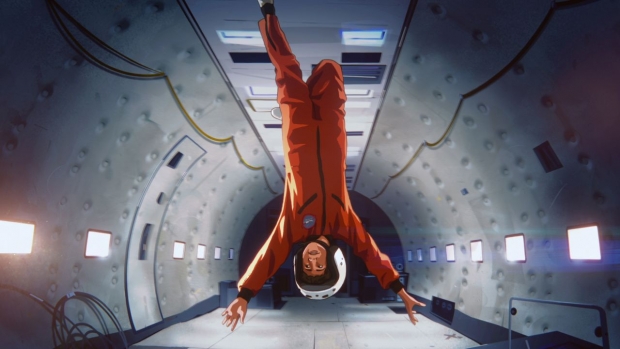 Apollo 10 ½: A Space Age Childhood tells the story of the first moon landing in the summer of 1969 from two interwoven perspectives – the astronaut and mission control view of the triumphant moment, and through the eyes of a kid growing up in Houston, Texas who has intergalactic dreams of his own. Taking inspiration from Academy Award-nominated filmmaker Richard Linklater’s own life, Apollo 10 ½: A Space Age Childhood is a snapshot of American life in the 1960s that is part coming of age, part societal commentary, and part out-of-this-world adventure.

According to Linklater, “18 years ago, I was pulling out memories of 2nd grade to help me construct the narrative of Boyhood's second year. Even though that movie is a celebration of the non-extraordinary, it became clear to me I had lived through and close to something truly extraordinary - the grandest and most enduring engineering feat in human history. I think it took decades for us to fully process that the Apollo program and walking on the moon was the apex because we'd all believed it was just a great beginning.”

His new film, he shares, is “a memory… a fantasy… the memory of a fantasy, melded into a re-creation of a time and place. That's one way I'd describe Apollo 10 ½. It seems fitting that, like the moon landing itself, it rolled around in the imaginative realm for many years before it became a reality.”

In the years spent developing the film, the director realized the story wasn’t working in live-action. Feeling “it was confusing, and it was maybe too literal,” it finally clicked when he began visualizing it as an animated film. To Linklater, in the animated world, “fantasy and reality would co-mingle much more happily in the brain… where the processing of memory has permanent residence near dreams and imagination.” Wanting the film to look different from his two previous animated films – Waking Life (2001) and A Scanner Darkly (2006) – Linklater realized the interpolated rotoscoping technique he’d pushed to its limits on those movies wouldn’t work here; he felt Apollo would be best told in a more traditional 2D world. He explained, “To achieve all the necessary textures - vintage period, comic book, newsreel documentary, grandiose fantasy, realistic character piece - it would require a playful combination of various techniques such as 3D and some minimal performance capture within the character animation. The visual goal was a very handmade scrapbook feel. While it was always the longer, more time-consuming answer to every problem, the handmade choice was always the right one.”

Wanting a look inspired by the 1960’s period in which the story is told, Linklater acknowledged the challenge in capturing the era’s analog essence with an entirely digital process. “The beautiful look of Kodachrome film is where we started,” he shared, noting and his team “decided to animate on 2's to give it a retro feel and chose handmade animation over digital effects.”