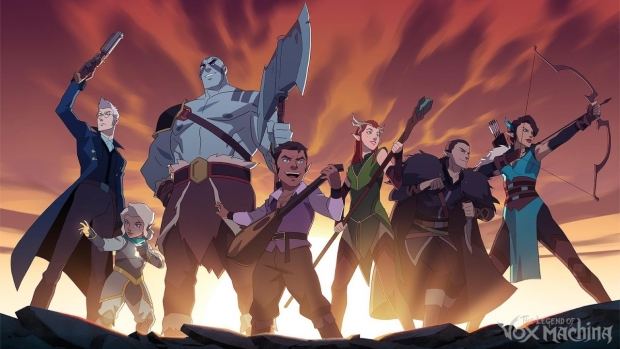 Prime Video has made a further commitment to its legions of fantasy entertainment fans with a Season 3 pickup of its critically acclaimed adult animated fantasy-adventure series The Legend of Vox Machina, produced by Critical Role and Titmouse. The renewal comes several months before the series’ January’s Season 2 debut.

Catch a sneak peek of what’s coming this January:

The 2D series – animated by the multiple Emmy Award-winning folks at Titmouse – follows an eclectic crew made up of a half-elf ranger named Vex (Bailey), her twin brother Vax (O’Brien), human gunslinger Percy (Jaffe), a goliath barbarian named Grog (Willingham), a sex-obsessed gnome and bard named Scanlan (Reigel), half-elf druid Keyleth (Ray) and a magical priestly gnome named Pike (Johnson). Known as “Vox Machina” the band of misfits go on various quests to not only save the land of Exandria from dark forces, but also to help pay off their ever-increasing bar tab. In the series, after saving the realm from evil and destruction at the hands of the most terrifying power couple in Exandria, Vox Machina is faced with saving the world once again—this time, from a sinister group of dragons known as the Chroma Conclave.

Thanks for 88,887 Kickstarter backers, Critical Role’s The Legend of Vox Machina came to life; originally planned as a 22-minute animated special, a 2019 campaign raised a whopping $11.3 million, morphing the project into a 10-episode series. Prime Video subsequently acquired the rights to Season 1, commissioning two additional first season episodes and a 12-episode Season 2. And now, a Season 3.

Season 1 received a “Certified Fresh” ranking on Rotten Tomatoes, with a score of 100%. The Legend of Vox Machina streams exclusively on Prime Video in more than 240 countries and territories worldwide.