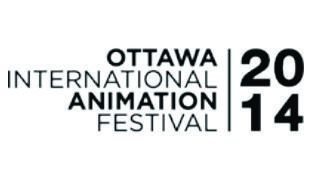 The 2014 Ottawa International Animation Festival (OIAF) has announced its worldwide call for entries. The largest festival of its kind in North America, the OIAF will take place in Ottawa, Canada from September 17 to 21, 2014, once again transforming Canada's Capital into the center of the animation universe.

New this year, in recognition of the fact that more series are being made on non-television platforms, the Series for Children and Series for Adult categories are no longer limited to television productions. 2014 entrants will also be able to submit their film via web link, in an effort to simplify submissions and reduce shipping costs. As always, the OIAF does not charge entry fees.

The OIAF is one of the most respected animation festivals in the world, and is highly competitive. From more than 2,300 annual entries, only an approximate 130 films are chosen for competition and showcase screenings. As an Academy Award recognized festival, short film competition winners at OIAF are automatically considered to be in the running for an Oscar.

All entries for this year’s competition must be received by May 16. The deadline for preview DVDs is May 30.

For more information about this year’s Festival, as well as the online entry form, visit the OIAF website at www.animationfestival.ca.