Two recent works of art by Oscar-winning filmmaker and animator Chris Landreth are up for auction through Toronto-based Consignor Canadian Fine Art.

Landreth won an Academy Award in 2005 for his production of Ryan, an animated documentary co-produced by the National Film Board of Canada. More recently, he completed the award-winning Subconscious Password, a mind-bending romp through a game show of the unconscious, which garnered the prestigious Annecy Cristal award for best short film in 2013. 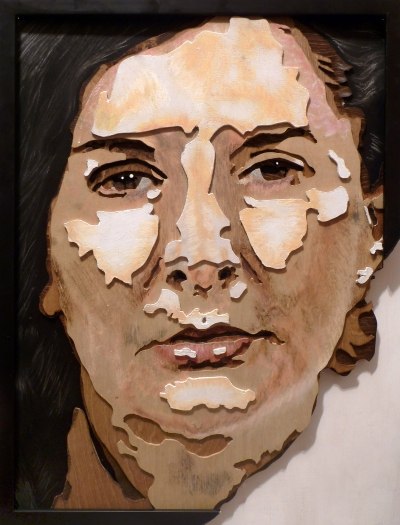 Marina
24 x 18 in., oil pastel and acrylic on plywood
A relief and highly solarized portrait of the performance artist Marina Abramovic Bidding begins on March 19th at 10:00 a.m. and closes on March 26th at 2:00 p.m. Bids can be made from anywhere in the world, but for those of you in Toronto, Landreth’s pieces are being displayed in downtown Toronto in the gallery of Consignor Canadian Fine Art at 326 Dundas St. West.

-- Listen to 'The Animation Pimpcast #2: One on One with Chris Landreth' --