Studio announces five in-development projects, including ‘Over the Moon,’ ‘The Monkey King,’ ‘Illumikitty’ and ‘Lucky.’ 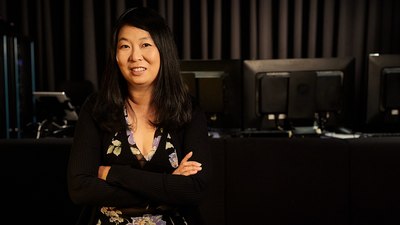 Previously the Head of Creative for Oriental DreamWorks, in her newly promoted role, Chou will shape the animation studio’s overall creative direction and oversee all of its animated feature films, including the previously announced Everest, which will be distributed by Universal Pictures in 2019. Everest is directed by Tim Johnson and Todd Wilderman and produced by Suzanne Buirgy.

Oriental DreamWorks is a world-class animation studio focused on the production of family-oriented feature animation motion pictures for the global market, with hyper-appeal in China. It is a venture backed by DreamWorks Animation, CMC Capital Partners, Shanghai Media Group and Shanghai Alliance Investment Ltd.

Chou will be based in Shanghai and New York City, where she will continue to build and produce a broadly conceived slate that already includes more than a dozen active projects, among them:

Chou comes to ODW with over two decades of industry experience in film, television, and theater. Highlights include: Vice President of Original Series at Spike TV, where she was part of the initial team that launched the network and pioneered its original animation programming; Senior Vice President of Programming at AZN Television; and Director of Development at Nickelodeon. Chou also served as a development executive at Walt Disney Feature Animation and Touchstone Pictures, where she was part of the team that developed and produced Mulan, Toy Story 2, Phenomenon and Romy & Michele’s High School Reunion.

“Animation is a universal language that everyone understands and enjoys whether you live in Shanghai or Queens,” said Chou. “Creating global animated films, infused with authentic Chinese elements, is a lifelong personal passion of mine. ... I am over the moon excited for this amazing and inspiring opportunity.”