Based on the hugely popular MOBA game, the highly anticipated animated series premieres the first of 3 3-episode acts on November 6. 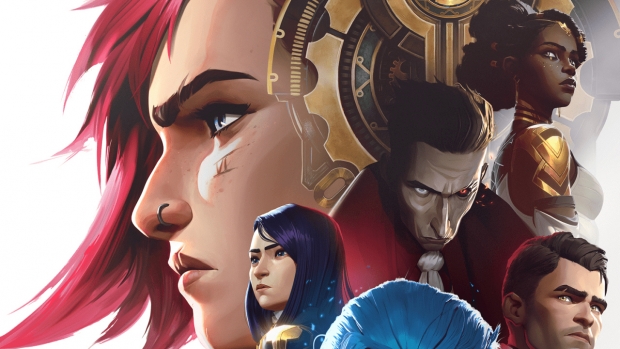 Netflix and Riot Games have released the final trailer and poster art for their highly anticipated animated event series, Arcane.  The series will also be available on Tencent video in China and marks Riot Games’ first series for television.

Based on the world behind League of Legends, Arcane dives into the delicate balance between the rich city of Piltover and the seedy underbelly of Zaun. Tensions between these city-states boil over with the creation of hextech — a way for any person to control magical energy - in Piltover; and in Zaun, a new drug called shimmer transforms humans into monsters. The rivalry between the cities splits families and friends as Arcane brings life to the relationships that shape some of League of Legends' famous champions including Vi, Jinx, Caitlyn, Jayce and Viktor. The series features a complex world filled with moral decisions, breathtaking animation and suspenseful storytelling.

Check out the final series trailer:

Players will see familiar faces in Arcane, like Jinx, Vi, Jayce, and Caitlyn, and learn about the events that made them into the iconic champions as their stories are pushed forward. Players will also be introduced to some new faces too, like Vander and Silco, who are both citizens of Zaun and play critical roles in shaping the evolving world.