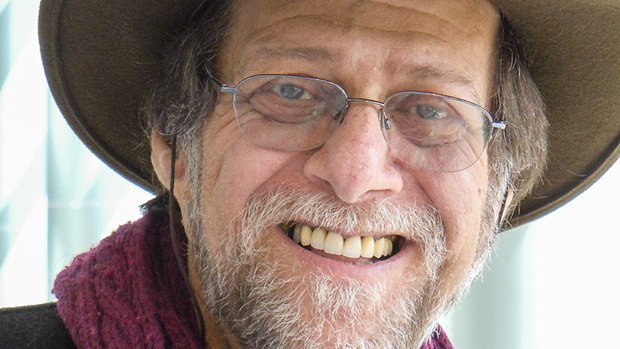 DC Comics Co-Publisher Dan DiDio will present the Guild’s AWC lifetime achievement award to Wein’s widow, Christine Valada, in recognition of his significant impact on animation, as well as the legacy of his work. The evening will also include a special appearance by the creators and cast of The Thrilling Adventure Hour podcast, as well as video tributes from Wolverine star Hugh Jackman, who portrayed the iconic Wolverine character in blockbuster superhero movies from 2000’s X-Men through 2017’s Logan, and novelist-screenwriter Neil Gaiman (American Gods, How to Talk to Girls at Parties, Good Omens).

“There are few writers in our industry whose work has made such a lasting impact as Len Wein,” said WGAW President David A. Goodman. “The current spate of superhero movies and television shows were not only inspired by Len's work in comics and animation, but amazingly continue to rely on his old scripts for material. I think one of the secrets to the longevity of his creations, such as Wolverine and the X-Men, was that to anyone reading or watching his work, you knew the writing came from a place of joy and love for the characters and stories he created.”

One of the most influential and prolific writers and editors in the history of the comic book industry, Wein conceived and penned stories for both Marvel and DC, as well as Disney, and worked on numerous superhero comics, from Batman and Superman to Spider-Man, Thor, Daredevil and the Justice League of America, over the course of his decades-long career.

Born on June 12, 1948, in New York City, Wein first became infatuated with comic books during a lengthy hospital recovery stay as a young child. Initially aspiring to become an artist, he graduated with a degree in arts at Farmingdale State College in Long Island, N.Y.

In his early years, Wein and his long-time friend and occasional writing partner Marv Wolfman self-published their own fanzines, and ultimately sold their first comics scripts to DC Comics in 1968. After receiving praise for his work on The Teen Titans, in the 1970s Wein co-created the human/plant hybrid mutant Swamp Thing with illustrator Bernie Wrightson, which became one of DC’s most iconic characters -- and was later adapted for the 1982 cult film classic Swamp Thing (written and directed by Wes Craven) and followed by a 1989 sequel, The Return of Swamp Thing (Written by Neil Cuthbert and Grant Morris, Based on Characters Appearing in Magazines Published by DC Comics). The following year, Wein co-created a Swamp Thing TV series (Created by Len Wein and Berni Wrightson, Developed for Television by Joseph Stefano, Based Upon Characters Appearing in Magazines Published by DC Comics), which ran from 1990 through 1993 on USA Network.

While at DC, he co-created a host of memorable comic book characters, including Cheetah, a nemesis for Wonder Woman; the alien Galius Zed, affiliated with the Green Lantern; and Mockingbird, affiliated with Justice League and Suicide Squad; as well as Batman’s Wayne Enterprises business manager, Lucius Fox.

During his 1970s stint at Marvel, he co-created Wolverine with artists John Romita Sr. and Herb Trimpe, who would become one of the most iconic comic superheroes and X-Men characters, as well as Marvel’s premier female superhero Storm. Wein was also instrumental in reviving Marvel’s X-Men comic book franchise. Working with writer-artist Dave Cockrum and Marvel editor Roy Thomas, he revamped the X-Men in 1975, adding new characters -- including Nightcrawler, Colossus and Thunderbird -- in Giant Size X-Men #1.

During the 1980s, Wein edited Alan Moore’s seminal Watchmen comic book series, which was later adapted into a 2009 feature film. Wein also wrote the videogame tie-in to the Watchmen movie and was one of the writers in the Before Watchmen comics series, authoring the New York Times best-selling Ozymandias books.

In addition to collaborating on the comic book miniseries Conan: The Book of Thoth for Dark Horse Comics, he also penned comic-book stories for Bongo Comics’ TV series tie-ins, The Simpsons and Futurama.

In the late 2000s, he returned to comic writing for DC, collaborating for major DC Retroactive specials Batman – The ’70s, and Green Lantern – The ’80s. In 2008, Wein was inducted into the Will Eisner Comic Book Hall of Fame.