The Visual Effects Society to honor writer-producer-director Favreau for his boundary-breaking use of visual effects to create a seamless and invisible background for remarkable stories and vibrant characters to play across film and television. 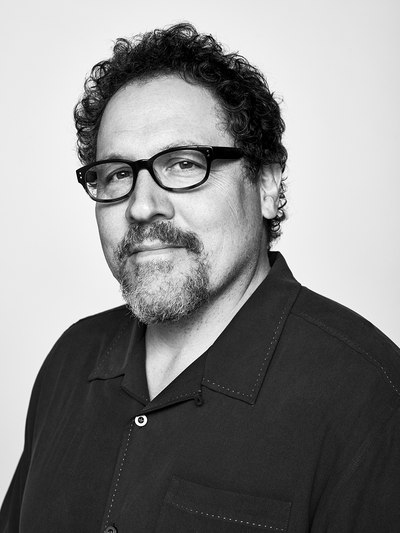 LOS ANGELES -- The Visual Effects Society, the industry’s professional global honorary society, named acclaimed writer-director-producer-actor Jon Favreau as the next recipient of the VES Lifetime Achievement Award in recognition of his valuable contributions to filmed entertainment. The award will be presented at the 16th Annual VES Awards on February 13, 2018 at the Beverly Hilton Hotel.

The VES Lifetime Achievement Award, bestowed by the VES Board of Directors, recognizes an outstanding body of work that has significantly contributed to the art and/or science of the visual effects industry. VES will honor Favreau for his boundary-breaking use of visual effects to create a seamless and invisible background for remarkable stories and vibrant characters to play across film and television.

His steadfast ability to orchestrate colossal teams of artists and innovators has resulted in exceptional and unforgettable narratives that have entertained millions. Favreau’s creative vision and inventive techniques have garnered him the Harold Lloyd Award for filmmaking from the Advanced Imaging Society and Virtual Reality Society, the Filmmaker Award from the Cinema Audio Society and his engaging instant classic The Jungle Book earned five awards at last year’s Visual Effects Society Awards, included the top honor for Best Photoreal Feature.

“Jon Favreau has introduced the reinvention of a new style of film that demands visual effects artists to push beyond the boundaries of what can and has been done before,” said Mike Chambers, VES Board Chair. “He has created exceptionally humanistic stories through his vision, unique approach to storytelling and full embrace of emerging technology to enhance the moviegoing experience. With this journeyman at the helm, having acted, written, directed and produced across many break-through projects, we expect to witness new kinds of entertainment from Jon that utilize VFX at its core and help redefine entertainment on a global level. For this, and more, we are honored to award him with the prestigious Visual Effects Society Lifetime Achievement Award.”

"I’m so honored to join such an esteemed list of past recipients,” said Jon Favreau. “The Visual Effects Society represents the wizards of our industry. I am extremely pleased and moved by their recognition."

Favreau continues to challenge himself with an eclectic roster of projects. He is currently directing the Disney live-action feature, The Lion King, hot off the heels of directing The Jungle Book, the wildly successful and critically acclaimed live-action adaptation of the animated film. Before taking on the Disney live action universe, Favreau was seen in the Open Road Films feature, Chef, which he also wrote and directed and created the Gnomes & Goblins VR experience with Wevr and Reality One. He is slated to direct The Second Jungle Book and will produce Avengers: Infinity War and its untitled sequel.

Favreau directed the Dreamworks/Universal feature, Cowboys & Aliens and both blockbuster hits Iron Man and Iron Man 2 starring Robert Downey Jr. and Gwyneth Paltrow for Paramount Pictures and Marvel Studios. In addition to his tremendous success on the big screen, Favreau has served as the creator, producer and host of the critically acclaimed and Emmy-nominated IFC series Dinner for Five, and has directed the pilots for the CBS Big Bang Theory spinoff Young Sheldon, the Seth McFarlane FOX sci-fi comedy The Orville. As an actor, Favreau’s feature film credits include Spider-Man: Homecoming, The Wolf of Wall Street, I Love You, Man, and The Break-Up. His television acting credits include Seinfeld, a recurring role on Friends and a special appearance on HBO’s critically acclaimed The Sopranos, in which he played himself.

Favreau is proud to have helped keep production in Los Angeles, notably on the films Iron Man, Iron Man 2, Chef, Jungle Book, The Lion King, and on the pilot episodes of Young Sheldon and The Orville. Favreau also serves as third Vice President of the Directors Guild of America, and is a board member for the American Cinematheque.