Visual Effects Society Announces its 2017 Board of Directors Officers 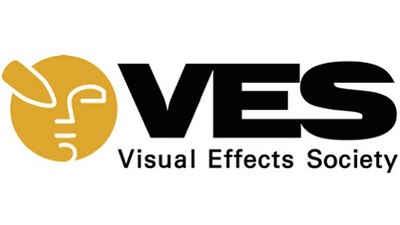 LOS ANGELES -- The Visual Effects Society, the industry’s global professional honorary society, has announced its 2017 Board of Directors officers. The officers, who comprise the VES Board Executive Committee, were elected at the January 2017 Board meeting. The officers include Mike Chambers, who was re-elected as Board Chair.

“We are fortunate to have such esteemed leadership represented on the Executive Committee,” said Eric Roth, VES Executive Director. “Collectively, these talented professionals bring passion, diverse experience and enormous commitment to our organization. We look forward to Mike Chambers’ continued leadership in taking the organization and our global membership to new heights.”

The 2017 Officers of the VES Board of Directors are: Mike Chambers is a freelance Visual Effects Producer and independent VFX Consultant, specializing in large-scale feature film productions. He has worked with numerous A-list producers and directors on dozens of VFX-heavy films, and his consulting service clients include most major studios and several VFX facilities.

Mike is currently in post-production on Dunkirk, his third collaboration with esteemed director Christopher Nolan, after The Dark Knight Rises and Inception. Other recent credits include Alice Through The Looking Glass and Transcendence. Mike has contributed to the visual effects efforts on many Academy & BAFTA award-winning films, and he has personally won two VES Awards for Best Visual Effects, on The Day After Tomorrow and Inception. He was also nominated for his work on I Am Legend.

Mike has been a member of the VES for 20 years, serving multiple terms on their Board of Directors. He is beginning his third term as Chair and previously served on the Executive Committee as both Vice Chair and Secretary of the organization. He is also a longtime member of the Producers Guild of America.

Jeffrey A. Okun, VES, is currently working on Albert Hughes’ The Solutrean for Studio 8 and Sony Pictures. He is known for creating ‘organic’ and invisible effects, as well as spectacular ‘tent-pole’ visual effects that blend seamlessly into the storytelling aspect of the project, and has won the VES Award for Outstanding Supporting Visual Effects for his work on The Last Samurai. Okun has also delivered wide-ranging effects in award winning films such as Blood Diamond, Stargate, Sphere, Red Planet, Deep Blue Sea, Lolita and The Last Starfighter. Additionally, he oversaw the rush 3D conversion of Clash of the Titans.

Okun was recently elected Chair of the Los Angeles Section of the VES. He has also been named a Fellow of the VES, as well as the recipient of the Founder’s Award. Okun also created and co-edited, the VES HANDBOOK OF VISUAL EFFECTS, an award-winning reference book covering all aspects of creating visual effects, techniques and practices. As VES Board Chair for seven years, Okun fostered a global community and focused attention on bringing business and creative education to artists, facilities and studios. Under Okun’s leadership the VES was a key player in the creation of a worldwide software anti-pirating alliance with the US Government to insure that all facilities have a fair and level playing field from which to bid.

Okun created the visual effects tracking and bidding software that is in wide use within the industry today, as well as the revolutionary visual effects techniques dubbed the “PeriWinkle Effect” (an underwater blue screen technique) and the “Pencil Effect” (which accurately predicts the final visual effects count and budget).

Kim Lavery is a thirty-year veteran of the industry, with experience with both production and post-production sides of filmmaking and visual effects producing. She was a news videographer and then a Today Show news anchor with an NBC affiliate earlier in her career. She then worked for Universal Studios, in Studio Operations on film production and shifted to visual effects in 1995.

Since then, Lavery has been instrumental in building out specialized visual effects boutique studios as well as VFX Producing in the global market place with New Zealand. Her ongoing missions are mixing traditional art and technology and combining her passion with aviation. Her current involvements are with Aerial & AR/VR Cinematography.

Lavery was recently named a Fellow of the VES, as well as the recipient of the Founder’s Award. She has served as Co-Chair of the VES Awards since its inception in 2002 and has served on the Board of Directors for most of the last decade and is also currently serving on the VES Bay Area Section Board as Secretary.

Dennis Hoffman is a visual effects veteran with more than 20 years of industry experience. Currently he is the President of Stargate Studios Vancouver, which is a member of a global network of companies of Stargate Studios, a full service production, vfx and digital imaging company.

Prior to his association with Stargate, Hoffman was the Managing Director and Senior Vice President of Framestore in Montreal, where he oversaw numerous projects including Paddington, a Studio Canal project, The Legend of Tarzan, a Warner Bros Production and Pan, A Warner Bros/RatPac-Dune Production. Hoffman has held executive positions at a number of other vfx companies including Digital Domain, Deluxe owned vfx facilities, Method and CIS, as well as Cinesite and Dream Quest Images. Over the years Hoffman has been involved in numerous projects recognized for their visual effects including, Changeling (VES- Best Supporting Visual Effects in a Feature Film), and Flags of Our Fathers (VES- Best Supporting Visual Effects in a Feature Film), as well as Oscar nominee Mighty Joe Young, VES nominee Invictus and Earth 2, an Emmy award winner for best VFX.

Hoffman is a founding member of the Visual Effects Society and also serves on the Board of the Vancouver Section. In addition, Hoffman is a Board member of the Spark CG Society, which holds Animation and VFX conferences and film festivals in Vancouver.

Rita Cahill is an international business and marketing/PR consultant for a number of US, Chinese, Canadian, UK and EU companies for visual effects and animation projects. Current and former clients include companies in the feature film, television, VR and game industries, as well as government and educational entities. She is also a partner in MakeBelieve Entertainment, a film development company and serves as Executive Producer on a number of international projects.

Previously, Cahill was the VP Marketing for Cinesite where she oversaw the marketing of four divisions of the pioneering digital studio’s services. During her tenure, Cinesite completed work on over 200 feature films including the first DI in history, O Brother, Where Art Thou? Prior to Cinesite, Cahill was a founding Board member of the Mill Valley Film Festival/California Film Institute and remains on the Institute’s Emeritus Board of Directors. Cahill was also the Founding Consultant on the formation and establishment of the Singapore International Film Festival.

This will be Cahill’s third term as Secretary. Cahill has served as Chair or Co-Chair of the VES Summit for the past seven years.