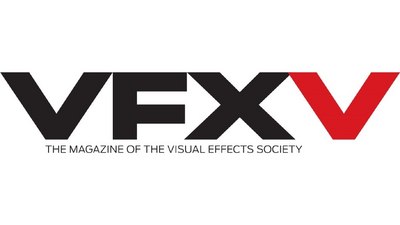 LOS ANGELES -- The Visual Effects Society, the visual effects industry’s professional global honorary society, premiered today the inaugural issue of VFX Voice, the organization’s new signature print and digital magazine.   VFX Voice is a quarterly printed publication, and the web version is now live at www.vfxvoice.com. (To get the full magazine experience online, go to “Digital Edition” and use the fullscreen view).

In addition to housing the digital edition, the site will be a robust platform of news and features between issues.  The editorial focus of the magazine will have a wide global landscape: feature films, TV, commercials, music videos, animation, theme parks, virtual reality, gaming, new media and industry trends, and will celebrate the VES, its diverse membership and sections around the world.  In addition to industry circulation, VES members will receive the publication as a benefit of membership.

“After shining a light on the artistry and innovation in the VFX community for 20 years, we are proud to launch our premiere magazine,” said Mike Chambers, VES Board Chair.  “Extending our work to advance the profile and recognition of our industry, VFX Voice will focus on the art, the craft and the people of the global visual effects community and the Visual Effects Society.  Developing a magazine has been a longstanding goal of the organization, and bringing this to fruition is a truly exciting way to embark on our next 20 years.”

As previously announced, VFX Voice has an esteemed creative leadership team at the helm.  This includes Publisher Jim McCullaugh, who previously served as the Publisher of the award-winning American Cinematographer magazine for seven years; and Editor Ed Ochs, who comes to VFX Voice with decades of editorial experience, notably as Editorial Director for Billboard Magazine.

VFX Voice also brings a venerated Advisory Board to the production, lending insight and expertise to its editorial focus.  Members of the inaugural VFX Voice Advisory Board include: