An all-star cast led by Matthew McConaughey, Reese Witherspoon, and Scarlett Johansson joins Buster Moon in his next, and most dazzling stage extravaganza yet; the animated musical comedy sequel to 2016’s ‘Sing’ hits theaters Christmas 2021. 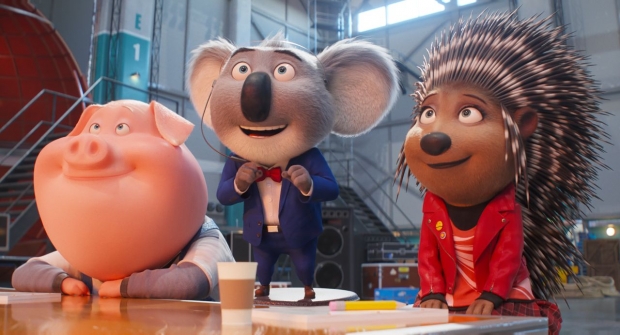 In Sing 2, can-do koala Buster Moon and his all-star cast of animal performers prepare to launch their most dazzling stage extravaganza yet… in the glittering entertainment capital of the world. There’s just one hitch: they first must persuade the world’s most reclusive rock star—played by legendary music icon Bono, making his animated film debut—to join them. Buster (McConaughey) and his cast have turned the New Moon Theater into a local hit, but Buster has his eyes on a bigger prize: debuting a new show at the Crystal Tower Theater in glamorous Redshore City. What begins as a dream of big-time success becomes an emotional reminder of the power of music to heal even the most broken heart.