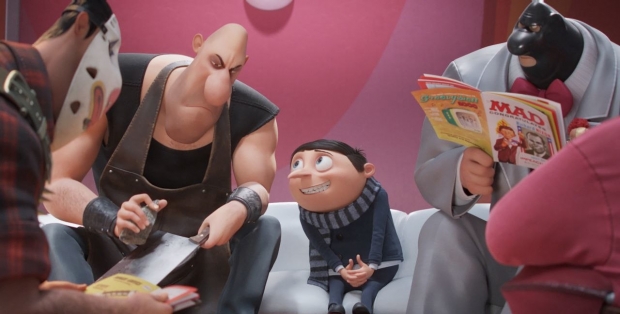 Illumination's ‘Minions: The Rise of Gru.’

Universal has just announced new release dates for its two big animated sequels; Minions: The Rise of Gru is taking Sing 2’s July 2, 2021 date, while the Sing sequel is moving to December 22, 2021, the former release date of Wicked, which moves completely off the schedule for now.

With the Illumination Mac Guff studio closed due to the coronavirus COVID-19 pandemic, the highly anticipated Minion’s sequel had already been pulled from its previously planned July 3, 2020 release date. In a statement released last month, Chris Meladandri, Illumination founder and CEO, said, “In response to the severity of the situation in France, we are temporarily closing our Illumination Mac Guff studio in Paris. With this decision we are abiding by the French Government’s guidelines and doing everything possible to slow the spread of the virus as we care for our artists and their families. This means we will be unable to finish Minions: The Rise of Gru in time for our planned global releases in late June and early July. While we all grapple with the enormity of this crisis, we must put the safety and protection of our employees above all. We look forward to finding a new release date for the return of Gru and the Minions.”

Released in 2015, Minions generated considerable box office gold with a $1.16 billion worldwide haul. In the new sequel, they journey back in time to the 1970s in the untold story of one 12-year-old’s dream to become the world’s greatest supervillain.