Presented in partnership with Funimation, the sprawling L.A.-based event will bring exclusive panels, premieres, and merch to in-person attendees for the first time since 2019. 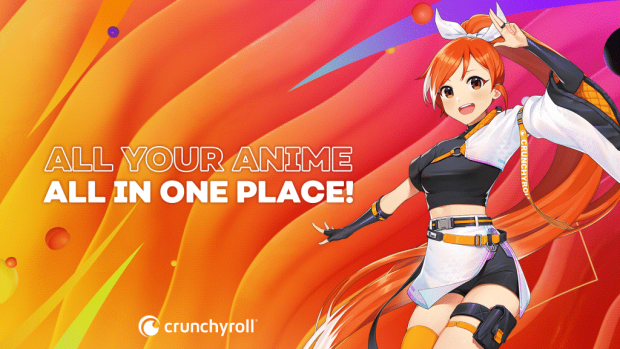 Crunchyroll has unveiled its plans for this year’s Anime Expo, which runs July 1-4, 2022 at the Los Angeles Convention Center. The event - hosted in partnership with Funimation - will offer a plethora of panels discussing new series, interactive activations, world premiere screenings, exclusive merchandise, and more.

When attendees arrive at the South Hall Lobby, they’ll be greeted by Crunchyroll’s official mascot and VTuber, Crunchyroll-Hime, who will serve as a guide to all the action at the event. The South Hall Lobby will also host Crunchyroll’s immersive experience, New Crunchy City HQ, which provides previews of highly anticipated new anime. For those who snoop around this area carefully enough, you’ll be rewarded by discovering a secret photo app section that resembles the apartment of the Forger clan from Spy x Family.

In addition to the trove of unique swag it offers to badge-holders at the entrance of the showroom floor, Crunchyroll will also have a merch store on the premises, which will include collector-coveted exclusive items. One standout: a Funko Pop! figure of Dragon Ball’s Piccolo in his fan-favorite driving school outfit.

“This is the first Anime Expo since Crunchyroll and Funimation have come together, and we’re pulling out all of the stops to surprise and delight fans,” says Crunchyroll chief marketing officer Gita Rebbapragada. “We’re delivering something for everyone to enjoy and become a part of our world.”

Crunchyroll’s panels will assemble special guests from around the world for deep dives into Spy x Family, Jujutsu Kaisen, Ranking of Kings, and the much buzzed-about Chainsaw Man. The streamer will share a number of first looks as well, teasing world and international premieres of such upcoming anime as Yurei Deco, Classroom of the Elite (season two), Bluelock, Shine On! Bakumatsu Bad Boys!, and more.

Fans in attendance will be treated to the North American premiere of the two My Hero Academia season 5 OVAs, plus a special world premiere screening of the first two episodes of Fuuto Pi, which will take place during Bandai Namco’s Kamen Rider panel.

Here’s the full lineup of panels and screenings set to go down at Anime Expo 2022:

“Welcome to the North American premiere of two brand new original video animations from the global anime phenomenon, My Hero Academia! Presented by Crunchyroll, we go beyond Season 5 as our favorite heroes batter up and continue their internships. Join us for this exclusive screening!”

“Your mission: join Crunchyroll for the first official Spy x Family panel featuring the English Cast! Including Q&A with Alex Organ (Loid Forger), Megan Shipman (Anya Forger), Natalie Van Sistine (Yor Forger), and Anthony Bowling (Franky), a special message from the Japanese cast, and more. This is a top-secret event that you won’t want to miss!”

Smile of the Arsnotoria the Animation - Episodes 1 & 2 (World Premiere)

“Join Crunchyroll at the Bandai Namco Kamen Rider Panel in celebrating the world premiere of Fuuto Pi! Don’t miss your chance to find out about all things Kamen Rider, and see the first two episodes before everyone else!”

“Hear about all the latest and greatest anime coming out of Crunchyroll straight from the source!”

RANKING OF KINGS PANEL BY WIT STUDIO AND CRUNCHYROLL

“Do you miss Bojji?! We do too! Join Crunchyroll and the director and animation producer of Ranking of Kings from Wit Studio for a Q&A session. Don’t miss your chance to hear about some of the behind-the-scenes and reminiscing about some of the best moments!”

“One of the biggest hits on Crunchyroll, join some of the team behind the Jujutsu Kaisen anime as they talk about their experiences working on the hit series and movie! Don't miss your chance to hear from them directly, and find out what it was like behind the scenes!”

“If you can’t wait for the October premiere of Mob Psycho 100 III, come join this kick-off panel! Find out what to expect in the upcoming season including the world-premiere of OP theme song reveal!”

Schedule subject to change. Updates can be found on Crunchyroll News!

If you can’t attend Anime Expo in person, you can follow the action on Crunchyroll’s Twitter, Instagram, TikTok, and YouTube channel to receive daily recaps, highlights from each day, full recorded panels, cosplay, fan interviews, collectible features, and more.