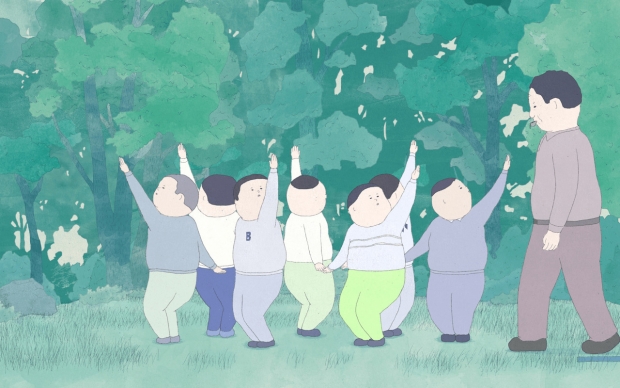 The 46th Ottawa International Animation Festival (OIAF), North America’s leading animation festival, has announced its winners. Back in-person (and virtual) after a 2-year pandemic shift to online only editions, this year’s festival received 2,457 entries from 96 different countries, of which 69 were selected for official competition.

The Kids Jury was made up of children from the Ottawa area between the ages of 8-12, who selected the Young Audiences 3+ and 7+ winners.

Jury Comment: By challenging the medium through its cryptic universality, the following short film is glacially-paced with captivating movement. Expressive, comedic, complete, and concise.

Jury Comment: This film engages the spectator to use their five senses. It breaks the boundaries and structures of storytelling. The imagery used is consistent with the creative process. The author successfully describes a world and an ecosystem of the senses. Everything is beautifully tied together: creativity the senses and visual poetry. Comment: For its striking, inventive combination of animation styles and its
thoughtful, poetic evocation of the dignity of humanity in times of
catastrophe.

Comment: For its witty, unpredictable, and imaginative journey through pop
culture history and personal memory Jury Comment: For its immersive unearthing and exploratory polyrhythm which creates a kinetic experience within its medium. Jury Comment: By viscerally tearing down walls for internal conversation, the affecting narrative and structure at the core of the following film provide a challenging, hard-hitting story. Exploring multi-generational trauma through a fresh new lens. Jury Comment: Whilst artfully playing with the viewer’s emotions, the following film breaks beyond the confines of traditional marketing. With an empathetic character at its core that resonants long past the film’s initial viewing. Comment: For its visually innovative mix of collage, rotoscope, archival footage and drawings that all enhance the clash between imagination and real life.

Comment: For its refreshingly bizarre and bold non-linear approach along with its striking designs.

Comment: For its storytelling that guides and sparks curiosity, and use of light to reveal the darker parts of an underwater world…and maybe humanity. Winner: I Had a Dream of A House at Night (dir. Charlie Galea McClure)

Jury Comment: For its clever use of collage, cut-outs, engravings and assorted techniques to create an unstable, uncertain and mystifying environment.

Jury Comment: Experimenting with conceptual design which goes beyond the traditional expectations of animation, the following film questioned our perceptions on sentience. The film is a visual exploration, a scientific examination, a social experiment, and even a radical slapstick comedy.

Jury Comment: Imagine a parallel dimension where Andy Warhol teamed up with Nico from The Velvet Underground, and created a 1940’s noir. Working with a classical love story which implements a fresh rhythm with the delicious aesthetic.

Jury Comment: Working in tandem with the other-worldly visuals with a soundscape which provides texture to the ambient environments, the following film exemplifies a symbiotic & complementary relationship between sound and image.