New series will be based on the Robert Icke and Duncan Macmillan's play ‘1984,’ tweaked to fit modern times. 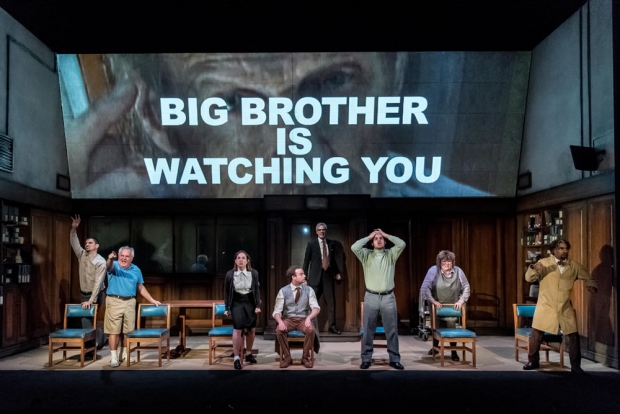 It looks like 2020 is getting a documentary! Well not quite, but pretty close. According to Variety, George Orwell’s famous dystopian sci-fi novel, Nineteen Eighty-Four, is being adapted into a five-part limited series by Wiip Studio with Paul Lee and David Flynn acting as showrunners.

The TV series will be based on the Robert Icke and Duncan Macmillan's play 1984, which is of course an adaptation of the Orwellian classic. Icke and Macmillan will executive produce, and claim the series will be a “bold new version” of the original tale, tweaked to fit modern times. We can’t wait to see the creative duo’s vision for the world of today: will it be ultra-futuristic, or something a little closer to home? We’re getting some serious Black Mirror energy from this announcement. Bring on the holograms and Big Brother AI!

“As the world grapples with democracy and government in our divided age of surveillance, ‘fake news’ and truth decay, the urgency of Orwell’s masterpiece is undeniable,” Icke and Macmillan said. “The small screen feels like a natural home for his portrait of a society in which people trust their screens more than the world outside their windows.”

*** Editor's Note: Check out the great article Karl Cohen wrote for AWN back in 2003, Animated Propaganda During the Cold War: Part One, where he discusses how the CIA and Howard Hunt (yes, that Howard Hunt) used his Hollywood contacts to obtain the rights to George Orwell's "Animal Farm" from the writer's wife Sonia; it was made into an animated feature film, finished in 1954, by the UK studio Halas & Batchelor, becoming the first fully animated feature ever produced in England.