New spot from inclusive motion design studio highlights both the athletic prowess of Paralympic athletes and the thrill of watching their performances. 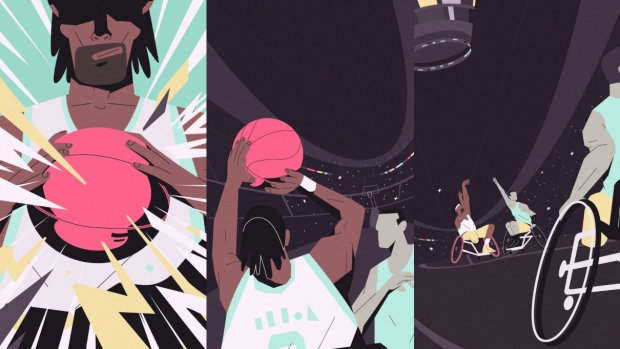 Inclusive motion design studio BIEN has just shared its latest project, helping bring some stylized attention to the upcoming Paralympics. The studio, founded in 2017 by Creative Director Hung Le and Executive Producer Ricardo Roberts, has produced an animation that highlights both the athletic prowess of the Paralympians and the thrill of watching them perform.

The Tokyo Paralympics begin August 24, following close on the heels of the just completed Tokyo Olympics that dominated the news for weeks. The Paralympics is close to the heart of BIEN, whose mission is to champion inclusivity when working with Fortune 100 companies.

Produced as part of the studio’s “Make it BIEN” internal project series, the spot was pitched to the Paralympics; the organization was thrilled, sharing the piece on their official social media channel.

Take a look – you can also watch on Instagram:

“The goal with this project is to tell an authentic story with the kind of passion and creative excellence that communicates how heroic and powerful these Paralympic players truly are,” stated Roberts.

Le added, “The inspiration for this animation came from our desire to give Paralympic sports the same polished treatment that mainstream sports enjoy. To achieve this, we went for a sleight-of-hand visual setup. We surprise viewers with a big reveal that shows wheelchair basketball players have the same energy, strength, and spirit as NBA players.”

To make sure that the animation was truly authentic, BIEN worked with disability consultant and sound designer, David Jeffers, at Quadriphonic. “We learned wheelchair basketball rules, researched the right kind of wheelchairs to depict, and showcased the various types of players with disabilities who play the sport,” Le explained. “As a quadriplegic sound designer, David used an iPad Pro to create the soundscape, using sound effects and music to bring the visuals together and develop a sense of drama. He is very proud to be a voice for the community, and to have the Paralympics endorse the end product is a dream come true.”

Roberts concluded, “This type of project is our passion and why we exist as a studio - advocating for diversity and inclusion at the grassroots level.”