Industry vets launch bicoastal studio based out of Los Angeles and Raleigh, N.C. 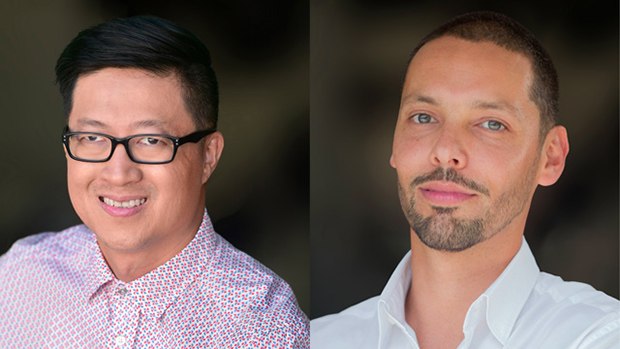 Le, an accomplished designer who previously ran a boutique motion design studio in New York City and Los Angeles, will serve as creative director. His portfolio includes high-profile projects for the likes of The World Bank, R/GA, IBM, Weber Shandwick, USAID, and Netflix. Roberts, who has spent most of the past 19 years as a partner at Myriad Media, will serve as BIEN's executive producer.

Le is based in Los Angeles; Roberts in Raleigh, N.C.

Both Le and Roberts came to America at an early age with their families, giving them unique perspectives and outlooks. At age 16, Le fled Vietnam as a refugee and settled in Texas, where he went on to earn his bachelor’s degree at the University of Houston. He quickly fell in love with motion design and established himself as a highly sought-after freelance creative at firms like Digital Kitchen, Elastic, WeAreRoyale and Brand New School.

For Roberts, life began in Ecuador, thanks to his American father who was a Peace Corps volunteer, and his Ecuadorian mother, who ran an orphanage. After studying 3D animation at Full Sail University, Roberts proved himself an invaluable member of the team at Myriad Media, at first in production, but ultimately as the firm's marketing director. Over the past decade, he has been responsible for building and maintaining key business relationships with brand and agency executives at 72andSunny, IBM, McKinney and Sustainable Harvest International. For the latter entity, he produced and directed the 2008 short documentary Planting Hope, exploring the Honduran landscape and grassroots agricultural reform.

With their new venture, both entrepreneurs are united in creating a respected design shop known for its creative output -- but also for helping the underserved. Ultimately, their goal is to give back to their communities by funding design-focused elementary schools in Ecuador and Vietnam.

"Every project with us starts strategically, based on human-centered design thinking and process," Le says. "We also have this unique emphasis: helping brands increase market share through inclusive marketing."

"BIEN exists to bring cultures together," Roberts added. "We see ourselves as good people who believe in good ideas and good design. We also set out to do good in the world every day. These are the reasons we've chosen to call our company BIEN."