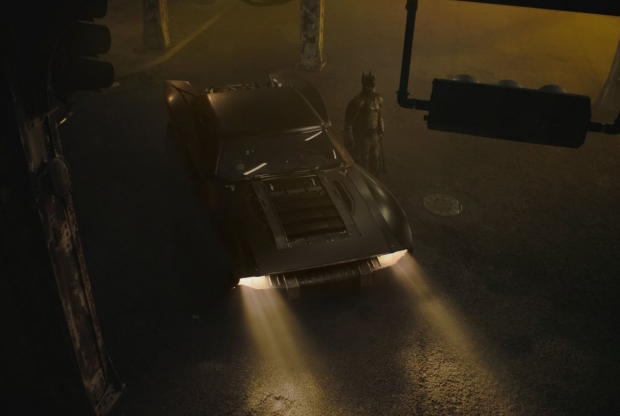 Holy reveals, Batman! First came photos of the new costume and Batcycle, and now we’ve finally seen the Batmobile! Based on the leaked set photos of Robert Pattinson’s stunt double and Matt Reeves’ camera test, we know that the newest iteration of the beloved masked vigilante will be very old-school. He has the long pointed ears that harken back to the first Batsuit design of 1939, and now his very own modified muscle car.

The new Batmobile, revealed by Matt Reeves yesterday on Twitter, just like the Bat Ears, seems like a throwback to the older Batman styles. The muscle car aesthetic is far removed from the sleek and sporty vehicles we’re used to, but it is similar to the comic book designs of the 70s and 80s. All the customized elements we’ve seen so far are very simple and believable in a real-world setting, which is a refreshing change from some of the more fantastical Batman creations of late.

From what we’ve seen, all signs point to a more noir Batty, who is more detective than vigilante; the costume and sets feel much more believably raw, dark, and gritty. We don’t know what’s making R-Patz so serious yet, but we’re loving it.