McConaughey, Farrell and Serkis in Talks to Join ‘The Batman’ 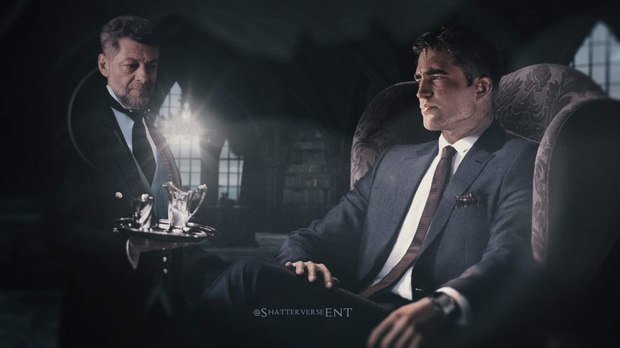 What’s that in the sky? It’s a bird – it’s a plane – it’s the bat signal! The caped crusader will soon return to Gotham City in The Batman, a franchise reboot slated for release June 25, 2021. So far, the cast includes Robert Pattinson as Bruce Wayne, Zoe Kravitz as Selina Kyle, Jeffrey Wright as Commissioner Jim Gordon, and Paul Dano as the Riddler. Potentially more exciting, however, are the newly rumored roles: Colin Farrell (In Bruges) as Oswald Chesterfield Cobblepot (Penguin), Matthew McConaughey (Dallas Buyer’s Club) as Gotham City District Attorney Harvey Dent (Two-Face), and Andy Serkis as Alfred Pennyworth. If we dare trust these rumors, the film is on its way to being alright alright alright! We might even be able to forgive Warner Bros. for all the Batman films after The Dark Knight.

While we still have to wait for official castings to be confirmed, the roles themselves tell us much about potential plotlines for the new franchise kickoff. Many believe the films will follow DC Comics’ "The Long Halloween" storyline. “Halloween” follows Mr. Bat’s early vigilante days, where he hunts the mysterious and murderous Holiday. The villains he encounters also include Two-Face, Joker, Riddler, Poison Ivy, and more. Wayne even dates a young Selina Kyle, who happens to be Catwoman. Pattinson and Kravitz would make quite the strapping couple, if you ask us.

The Batman is being directed by Matt Reeves, co-written by Reeves and Mattson Tomlin, and composed by Michael Giacchino.