3D-animated family feature film starring Tori Spelling and Joey Fatone is set for a May 2016 release. 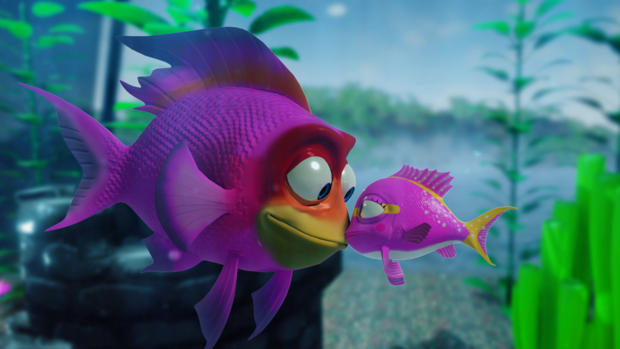 “I think it’s a very natural progression,” says David Rimawi, CEO and co-founder of The Asylum. “Our in-house VFX department is used to creating many, many sharks and robots for our live-action films, so animating creatures for a film like this just makes sense.”

In Izzie’s Way Home, a constantly picked-on aquarium fish escapes her yacht home, unaware of the dangers that await her in the open ocean. With the help of other misfit sea creatures, she learns not only how to brave the perils of the deep, but how to be true to herself.

“We are extremely excited to be a part of what is going to be a quantum leap in terms of animation production,” says technical director Ron Thornton (The Crazies, Buffy the Vampire Slayer). “Izzie's Way Home is a really fun project that has attracted a great team of young artists and technicians from all across the U.S. We are totally re-designing how to make an animated movie at not only the artistic and technical level, but also to create a whole new production methodology.”