A visual kaleidoscope celebrating Hawking’s journey, short film is brought to life with stylized imagery and scientific diagrams to accompany the renowned scientist’s lecture about the theory of black holes, ‘Hawking Radiation and Thermodynamics.’ 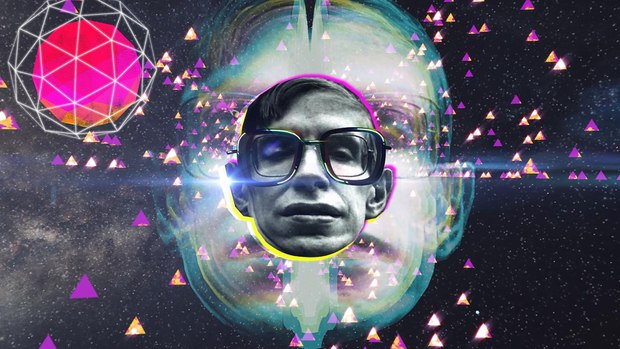 BRISTOL, U.K. -- Aardman has produced a stunning short animation for BBC Radio 4 to accompany Professor Stephen Hawking’s Reith Lecture that took place earlier this month. What would it be like to take a journey into the mind of the world's most famous physicist?

Inside his Head is a visual kaleidoscope celebrating Hawking’s journey, brought to life with stylized imagery and scientific diagrams to create an engaging film created to accompany the renowned scientists lecture about the theory of black holes, Hawking Radiation and thermodynamics. The idea behind the animation was to create a very short video that travels inside the Professor’s head and explores his early interest in physics and would hopefully inspire the audience the same way.

The animation was directed by Aardman’s Will Studd and the audio was an original mix created by Max Halstead with words from Professor Stephen Hawking’s himself along with other well-known scientists Carl Sagan, Andrew Strominger and Brian Cox.

“In these films I wanted to create a stylised version of the graphics I grew up with in the 80s,” Studd said. “I loved the kitsch futurism of the BBC’s TV version of Hitchhikers Guide graphics, or the weird spacey covers of Omni magazine; I wanted to bring a bit of this back to explore Stephen’s thoughts. For both films we built a soundtrack using 70s/80s synthesisers to try and capture a sense of that retro futuristic feeling.”

Professor Hawking’s Reith Lecture will broadcast on Radio 4 at 9:00am on January 26th and February 2nd.