Based on Joh J Muth’s ‘Zen Shorts’ children’s books series, the show follows a wise panda who helps his young friends gain new perspective on the world around them; series premieres December 4. 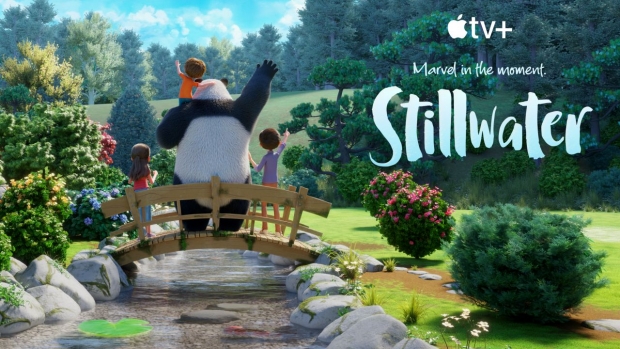 Stillwater tells the story of siblings Karl, Addy, and Michael, who have a special next-door neighbor: a wise panda named Stillwater. His friendship and stories give them new perspectives on the world, themselves, and each other helping to open their eyes to the quiet wonders of the world around them.

The theme song for Stillwater, entitled “Never Ending Dream,” was written and composed by singer, songwriter, producer, and instrumentalist Kishi Bashi, and will be released on Apple Music on November 13 and wide on December 4. Kishi Bashi also composed the series’ score with fellow composer Toby Chu.