54 years after its 1966 TV premiere, the iconic Halloween special won’t be airing this month on TV, instead moving exclusively to the world of digital distribution; it will be available free on the streaming platform from October 30 – November 1. 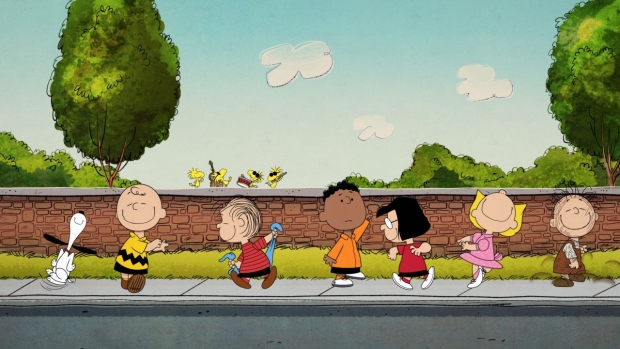 For those who grew up with annual animated Peanuts specials like A Charlie Brown Christmas, A Charlie Brown Thanksgiving, and It’s the Great Pumpkin, Charlie Brown, the news that these venerated classics have left the TV airwaves for streaming release on Apple TV+ is yet another bittersweet reminder that we’re not in Kansas anymore. While we love the convenience and accessibility of SVOD, deep down, we cling to fading memories and remnants of our analog world quite dearly as they slip farther and farther into our past. And It’s the Great Pumpkin, Charlie Brown is one of those special, comfy, and joyous remnants.

Charlie Brown, Snoopy, and the rest of the Peanuts gang’s Halloween special, which first aired on CBS in 1966, won’t be airing on ABC this month. Or on any TV network. It’s moved to Apple TV+ as part of their new deal with WildBrain, Peanuts Worldwide and Lee Mendelson Film Productions to bring classic Peanuts productions, as well as new originals, to the streaming platform, making it the home for all things Peanuts.

Since 2000, ABC has been the TV home of all the main Peanuts specials; and while the new Peanuts news doesn’t mention any Apple TV+ exclusivity for the specials, according to Vulture, sources familiar with the deal say the streamer will have both broadcast and digital exclusivity.

According to an Apple TV+ press release, new animated Peanuts originals coming to Apple TV+ include a second season of the Daytime Emmy-nominated Snoopy in Space, and a slate of brand-new specials centered around Mother’s Day, Earth Day, New Year’s Eve and going back to school – all being produced at WildBrain’s animation studio. The new series and specials join the previously announced The Snoopy Show; a brand-new Peanuts 70th anniversary documentary film from Imagine Documentaries and WildBrain; and the Daytime Emmy Award-winning Peanuts in Space: Secrets of Apollo 10.