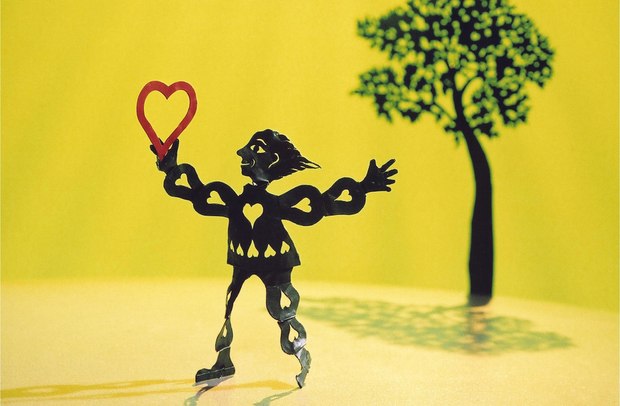 December 19th marks the 8th anniversary of the death of my closest friend. He was my friend, brother and hero. He loved life. He devoured life. He had no background in animation but the guy was such a good writer and thinker that back around 2005, when I was desperate to find people to write about animation for ASIFA Magazine and the OIAF ,  I invited him to give it a whirl.  So, as a tribute - and in lieu of my usual Unearthed pieces - I will hand this week’s column over to Barry Doyle and his (excerpted) musings on the work of Canadian animator, Co Hoedeman:

The Sand Castle, Co Hoedeman, National Film Board of Canada

In adulthood we sometimes forget the power of fairy tales. Their transformative magic allows a metaphorical retelling of some fundamental conditions that we all face. This transformative magic is a door that opens to other realities or reinterpretations of some common reality. Most fairy tales deal with death, aging, the limits of our existence and creative ways to get around those limits. Pretty heady stuff for tales that are supposedly aimed at children. But then, we should trust kids in terms of dealing with these issues and reinterpreting reality in a creative way. And we should remember that fairy tales are just as much for adults as for kids; perhaps intended even more for adults than we allow. The audience for fairy tales is broad, as is the audience for animation. And similarly, we often hear animation being dismissed as kids’ stuff, juvenilia, too popular for the critical eye. However, there is so much animation deserving of critical discussion even though it appears to be aimed at children. Co Hoedeman makes films that fit the category: transformed realities, creative, deal with death and aging, and appear as though they’re intended only for children. Hoedeman, a former National Film Board animator for close to forty years, makes films that have been constantly categorized as “children’s films.” He has won some 80 awards for his work, the most famous (at least on this side of the Atlantic), but not necessarily the most personally important, being an Oscar for his 1977 film, The Sand Castle.

If we turn to fairy tales to find meaning, then we should turn to Hoedeman’s films as well. They offer a transformative effect in terms of seeing reality anew. There are the immense creative impulses of the characters within the films and Hoedeman’s own creative energy propelling the stories. Garden of Ecos (1996) and The Sniffing Bear (1992) – deal with death and the limits of existence. And still others – like Odd Ball (1969), Matrioska (1970), Masquerade (1984) and Ludovic: Magic in the Air (2002) – explore creative ways to push our limits. On the surface, the solutions Hoedeman provides may seem facile, but the blunt realities of everyday life – death, aging, our limits – often call for apparently simple approaches: imagination, magic and creativity from the vast mind of a child.

Charles and François, Co Hoedeman, National Film Board of Canada