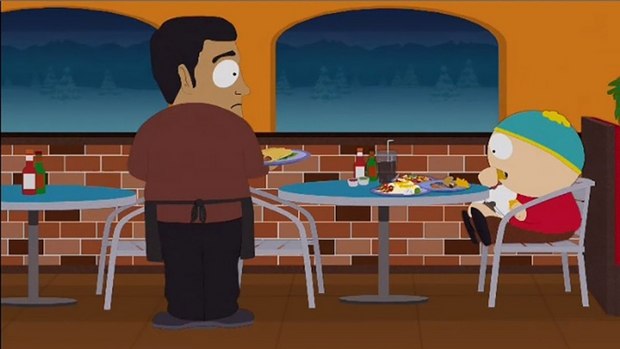 Eater LA has broken the news that the $10 million lawsuit against South Park creators and Comedy Central by online review site Yelp is, in fact, a hoax.

Yes, Virginia, “Yelp Sues South Park For $10 Million Over Latest Episode,” published on October 21 on satire news site NBC.com.co, is not for reals. Which is sad, because the well-crafted parody was a hilarious response to the latest South Park episode, which lampooned Yelp reviewers for confusing themselves with legitimate food critics. Making matters worse, quotes such as the one below attributed to South Park creators Matt Stone and Trey Parker are also fake:

“We’ve taken a hard look at the information presented to us, and after reviewing it, we have given Yelp and their lawsuit only one star. Their lawyers delivered us legal documents in a very unprofessional manner; not bothering to smile or even a quick handshake. The writing on the envelope was barely legible and in two different colors. It is our personal opinion that Yelp could do a much better job by not suing us for ten million dollars.”

Having received real press releases quoting Stone and Parker in the past, we have to say that this one seems perfectly in line with something the duo might actually say. Or write. But, nope, it’s fake.

The venerable food blog reached out to Yelp to get the skinny on the lawsuit and was told this:

“The rumor about a Yelp lawsuit is entirely untrue and was started by a satire site that has received far too much media credibility,” a real, live Yelp spokesperson reportedly said. “We have no interest in legal action against the fantastic team that makes the South Park magic happen.”

Head over to Eater LA to read the full story.