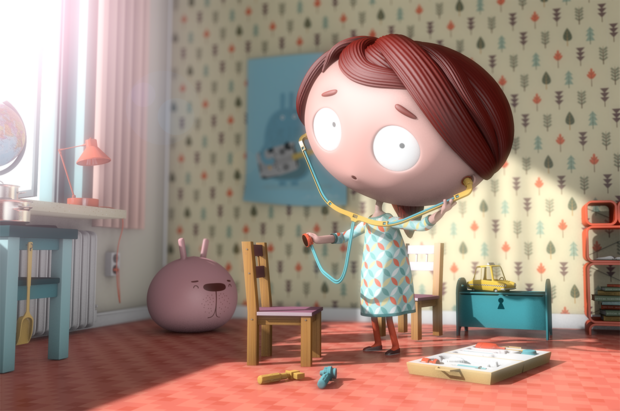 Last year Job, Joris & Marieke were nominated for an Oscar for their animated short A Single Life. They’re also known for making the Dutch music video with over 19 million views on YouTube.  Ik neem je mee was made for Dutch rapper Gers Pardoel. During the festival this animation trio will do a talk about their work and will show their film, Otto, which is the official Dutch submission for the upcoming Oscars.

Eric Daniels is known for his work as EFX animator for films such as Frozen and Big Hero 6, produced by Walt Disney Animation Studios. He also worked on The Simpsons and Tarzan. At KLIK! 2015 he will give a masterclass in which he gives a brief overview of his varied career, and will take questions about his unique problem-solving process. Eric Daniels will also do a talk about the artistic challenges he stumbled upon and how overcoming them gave him new insights into art and technology.

PES is the master of bringing the weirdest things to life, from boiling bubblewrap to guacamole made out of everything except for avocado. He also made the shortest film ever nominated for an Oscar. In his talk at KLIK! he will share his source of inspiration and will show special behind-the-scenes material. He will also do a masterclass in which participants can get feedback on their concept for an animated short.