Legendary debut feature from the director of ‘Paprika’ celebrates its 20th anniversary with U.S. screenings of brand-new digital transfer in subtitled (Sept. 6) and English-dub (Sept. 10) versions. 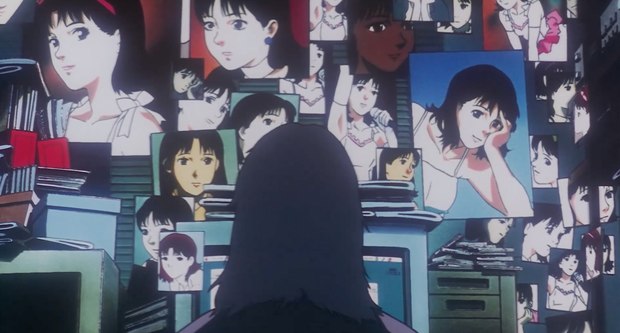 GKIDS and Fathom Events have teamed up to bring Perfect Blue, the legendary first film from the late auteur director Satoshi Kon, to U.S. cinemas nationwide in a brand-new digital transfer on September 6 & 10, and AWN has two sets of tickets and a mini-poster to give away to two lucky winners!

Celebrating its 20th anniversary this year, Perfect Blue is the debut feature from the legendary director Satoshi Kon that continues to have a profound impact on animators and Hollywood directors. The groundbreaking adults-only film has been praised as being ahead of its time with themes still incredibly relevant today. Perfect Blue has been hailed as one of the best animated features of all time, and Kon went on write and direct a number of acclaimed projects including Paprika, Millennium Actress, and the television series Paranoia Agent.

Rising pop star Mima has quit singing to pursue a career as an actress and model, but her fans aren’t ready to see her go... Encouraged by her managers, Mima takes on a recurring role on a popular TV show, when suddenly her handlers and collaborators begin turning up murdered. Harboring feelings of guilt and haunted by visions of her former self, Mima’s reality and fantasy meld into a frenzied paranoia. As her stalker closes in, in person and online, the threat he poses is more real than even Mima knows...

Perfect Blue arrives in U.S. cinemas nationwide in a brand-new digital transfer in both subtitled (September 6) and English-dub (September 10) versions. (Note: this film has a strong adult content warning for animated sequences of graphic violence and nudity, and is only recommended for adults 17 years and older.)

The giveaway ends on August 30 at 11:59PM Eastern, and is available to U.S. residents only. The winners will be selected and notified by GKIDS Films after the closing date. Enter your chance to win using the widget below, or via this link. Not sure if you’re lucky? Grab tickets at www.gkidstickets.com.