July 3 release of director Akiyuki Shinbo’s anime feature is the first of five planned co-releases planned for this year. 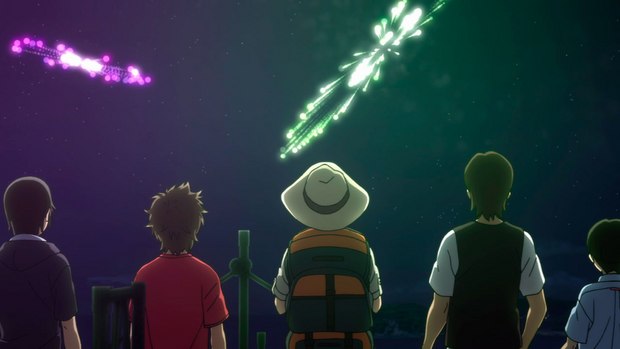 DENVER -- GKIDS and Fathom Events plan to bring five all-new GKIDS animated titles to U.S cinema audiences in 2018, starting with Akiyuki Shinbo’s Fireworks, which will be released in movie theaters nationwide starting July 3 in its original Japanese version and a new English version produced by GKIDS.

Fireworks is the newest release from Toho animation and producer Genki Kawamura, following the worldwide blockbuster Your Name, the highest-grossing anime of all time. GKIDS will premiere the feature as a special Fathom event on July 3, with encore screenings July 5 and 7. The film will receive a theatrical release by GKIDS starting July 4.

Fireworks tells a simple story of adolescent longing that taps deep wells of emotion. It is tale of youthful wistfulness, missed opportunities and long-ago dreams, of the urgency of young lovers, and the desire to create a separate universe, a magic place outside of time, where they can be together.

GKIDS and Fathom Events have partnered previously on the premiere event for Mary and The Witch's Flower, from Studio Ponoc, as well as the ongoing Ghibli Fest series of animated masterpieces from Japan’s famed Studio Ghibli.