Industry veteran will draw on extensive experience to foster studio’s global growth while creating and implementing an integrated market strategy. 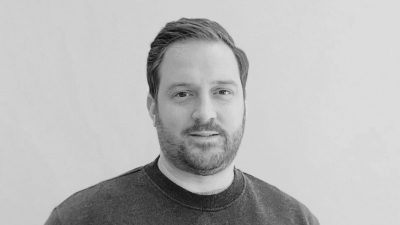 London-based creative design studio, Territory Studio, has appointed Ryan Hall as chief growth officer; he will be responsible for development, oversight, and implementation of an ambitious global growth and integrated marketing strategy. He brings with him over 18 years’ experience in creative and consultancies and the development of content-rich digital experiences.

Hall has been tasked with developing a global narrative around the studio’s capabilities by consolidating their diverse product offerings, from entertainment and brand to digital product and future visioning, under a single, ambitious growth plan. He aims to win further recognition for the studio and expand into new sectors. In particular, he will focus on developing Territory Studio’s value proposition around future UI and UX concepts, leaning on his deep experience of digital transformation-led growth for large enterprise brands.

“Ryan’s appointment comes at a crucial junction in Territory Studio’s growth story,” commented Territory Studio CEO, Nick Glover. “Not only does he have an impressive understanding of the creative industry and a history of developing content-rich, digital experiences but he also has a proven track record of successfully driving ambitious growth programs. We are excited to work with him to achieve similar feats here at Territory Studio.”

Hall began his career at digital transformation agency, TH_NK, before leaving to co-found mobile-first digital agency, Nice. With Hall as managing director, Nice achieved significant growth, working with the companies like Channel 4, Deutsche Bank and First Direct. He was subsequently appointed managing director of advertising agency Karmarama’s creative products division, where he played an integral role in its growth ahead of its landmark acquisition by Accenture Interactive. Since leaving Karmarama in 2018, Hall has worked for several digital-first brands to develop and drive ambitious go-to market strategies.

“As both a creative professional and avid film fan, it’s fascinating that Territory Studio has a reputation for incredible work amongst those in the know, yet it is still one of the industry’s best kept secrets,” added Hall. “The studio has a huge growth opportunity ahead and I’m excited to join a team brimming with the creative energy needed to propel the company to the heights and the recognition it deserves.”