Inaugural celebration for comic fans and pop culture lovers will take over Shanghai Convention & Exhibition Center of International Sourcing on May 16 & 17. 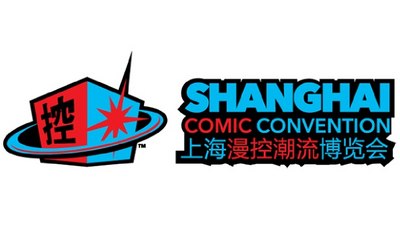 SHANGHAI -- ReedPOP, the biggest Comic Convention organizer worldwide, has announced the launch of Shanghai Comic Convention (SHCC). On May 16 & 17, the celebration for comic fans and pop culture lovers will take over Shanghai Convention & Exhibition Center of International Sourcing and turn it into a market of comic books, figures and models, a stage for comic book artists, cosplay artists and Hollywood star actors, a real gathering for fans to share their enthusiasm with the community. With its expertise organizing Comic Convention all over the world, ReedPOP is bringing brand new convention experience to China and renew everything you know about pop culture. At the press conference, Lance Fensterman, Global Vice President of Reed Exhibitions, founder of New York Comic Con, and the God Father of pop-culture, will share his view about the global comic culture and the potential of the Chinese comic market.

After its launch in 2006, ReedPOP has grown into the largest pop culture convention curator in the world. Each year ReedPOP organizes the coolest, most unique and unforgettable comic shows in New York, Chicago, Paris, Vienna, Singapore, Australia and India. Other than Comic Cons, there are themed shows such as the Star Wars Celebration, PAX games convention, etc. ReedPOP events transcend different aspects of pop culture and now it is landing in China with the best among its comic and entertainment resources.

The coming SHCC will feature some of the latest comic book titles, figures, models and related movies and TV shows, along with an array of events and activities including the Cosplay Competition, Artist Gallery, and Fans DIY Stage. The SHCC Cosplay Competition is a new branch of its global cosplay tournament, aiming at discovering world-class costume and prop designers and Coser in China. The winner will be invited to compete in the world finale at Chicago Comic Convention. Fans DIY Stage will provide a platform for pop culture lovers to ignite their imagination on stage; The Artist Gallery offers a rare opportunity for illustrators and comic artists to display and sell their own works. All good comic art are welcome to join the SHCC Artist Gallery.

An extensive guest list for this year’s show includes some of the biggest names in the world of pop culture and this is will be their first appearance in China. Cosplay artist Carlos Blanchard, best known for his Medieval Batman Armor, will share his secret of being a successful coser. The gorgeous LeeAnna Vamp, coser, actress, and model, will sit on the panel of Cosplay Competition and offer her professional comments. Comic book artists coming to Shanghai include Adi Granov, who is best known for his comic work such as Iron Man, Spider-Man, Captain America and design of the Iron Man Armor; Billy Tan, the comic artist on X-Men, New Avengers and Wolverine, has also confirmed his attendance. Two Hollywood stars whose movies and TV shows raided cinemas and screens worldwide are expected to be another big bonus for the fans.