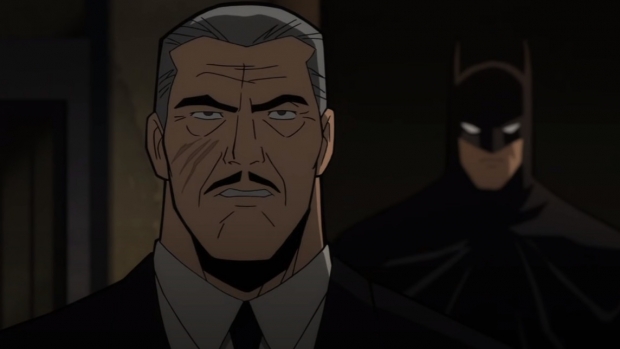 The Dark Knight returns to finish the job! Batman: The Long Halloween, Part Two, starring Jensen Ackles, has a new trailer. The two-part The Long Halloween follows a young Bruce Wayne during his early career as he hunts the gruesome serial killer Holiday. The classic plot influenced Christopher Nolan’s Dark Knight trilogy and is said to be the inspiration for the upcoming Matt Reeves film The Batman as well.

In Part Two, the Dark Knight must combat a unified front of classic DC Super-Villains, diffuse an escalating mob war and solve the mystery of the Holiday Killer. The thrilling conclusion to the two-part entry in the popular series of DC Universe Movies is produced by Warner Bros. Animation, DC, and Warner Bros. Home Entertainment; the feature-length animated film – which will be accompanied by the latest DC Showcase animated short, Blue Beetle – arrives July 27, 2021 on Digital and August 10, 2021 on Blu-ray.

A Sneak Peek at the next DC Animated Movie

From the DC Vault

Batman: The Long Halloween, Part Two will also be available on Movies Anywhere. Using the free Movies Anywhere app and website, consumers can access all their eligible movies by connecting their Movies Anywhere account with their participating digital retailer accounts.