Netflix Drops ‘The Witcher: Nightmare of the Wolf’ Trailer and Images

Geralt’s mentor, Vesemir, unleashes his sword and neatly trimmed beard in the hunt for monsters, coin, and other pleasures in the highly anticipated 2D anime ‘The Witcher’ prequel, premiering globally on August 23. 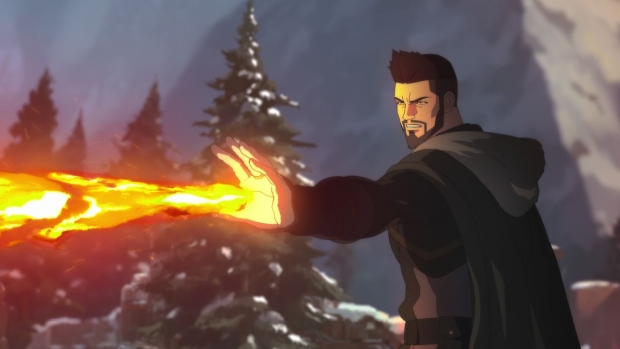 In just two weeks, August 23 to be exact, we can finally set our troubles aside for at least 81 minutes as The Witcher: Nightmare of the Wolf releases on Netflix. And in yet another tease to get audiences ready to storm the castle over the upcoming animated film, the streamer has just released the official trailer and more images.

We already know the logline: Before there was Geralt, there was his mentor Vesemir -- a swashbuckling young witcher who escaped a life of poverty to slay monsters for coin. But when a strange new monster begins terrorizing a politically fraught kingdom, Vesemir finds himself on a frightening adventure that forces him to confront the demons of his past.

From the trailer, we learn quite a bit more – like the only thing keep people from killing witchers is the horror of what deadly havoc the demons would unleash in their absence. Quite an arrogant and mercenary lot these monster-slayers are, don’t you think?

The Witcher: Nightmare of the Wolf is written and produced by Beau DeMayo and co-produced by The Witcher showrunner and executive producer Lauren Schmidt Hissrich and Studio Mir’s Kwang Il Han, who is also directing for Studio Mir.