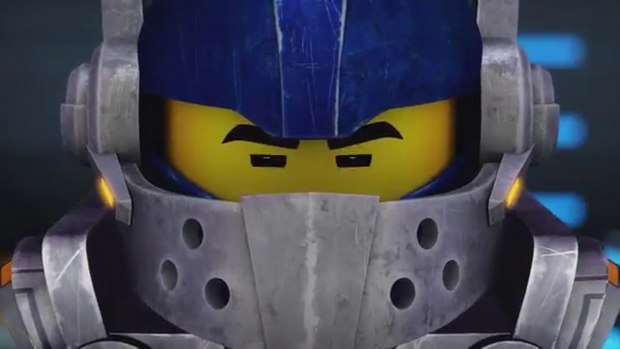 Cartoon Network presents a brand-new series from the prolific LEGO Group, LEGO NEXO Knights; kicking off Monday, January 11 at 5:30 P.M. (ET/PT) with new episodes every weeknight through Friday, January 22. The adventure /comedy series will be seen on Cartoon Network globally in the weeks to come.

In the futuristic kingdom of Knighton, we are introduced to the NEXO Knight army led by Clay, Macy, Lance, Aaron and Axl. Along with their mentor, Merlok 2.0, the Knights embark on a journey to defeat evil jester Jestro, and the Book of Monsters.

The funny action packed adventures take place in a relatable high tech world featuring Clay as the leader of the pack. When they aren’t fighting evil they are enjoying the real world outside of their knight armor. With epic battles, digital wizardry, magical explosions, and a race to get the Book of Deception, NEXO Knights also brings a generous dose of humor into the mix.

Cartoon Network has long partnered with LEGO to bring compelling entertainment to kids on every platform with series and specials like: highly successful Ninjago, Justice League: Batman Be-Leaguered, Star Wars: The Empire Strikes Out, Star Wars: The Yoda Chronicles, Legends of Chima, Masters of Spinjitzu, and Mixels.