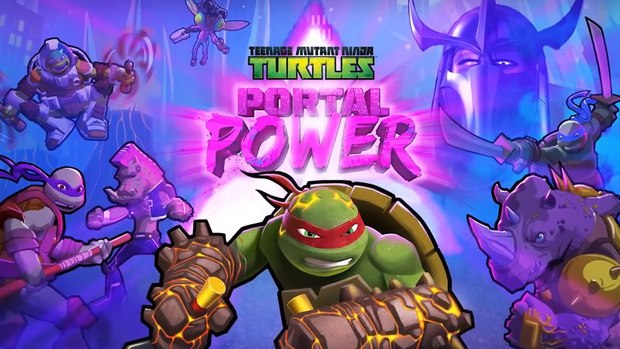 In the app, users can choose their favorite Turtle or control all four at once to navigate unique combat controls, signature ninja moves and outrageous costumes to portal their way through wild dimensions to prevent Shredder and the Kraang from taking over New York City.

Check out the Teenage Mutant Ninja Turtles Portal Power preview video in the player below:

Teenage Mutant Ninja Turtles Portal Power joins a successful line-up of two other global apps inspired by Nickelodeon’s hit CG-animated show. The first, Teenage Mutant Ninja Turtles: Rooftop Run was #1 among all paid apps in the U.S. and in more than 80 territories around the world when it launched in April 2013.  The second, TMNT Battle Match, debuted December 2015, and lets kids connect matching puzzle tiles that grant them special moves and powers in order to battle enemies in outer space. The series, now in its fourth season, will return with new episodes Sundays at 11:00 a.m. (PT/ET) beginning Jan. 10.