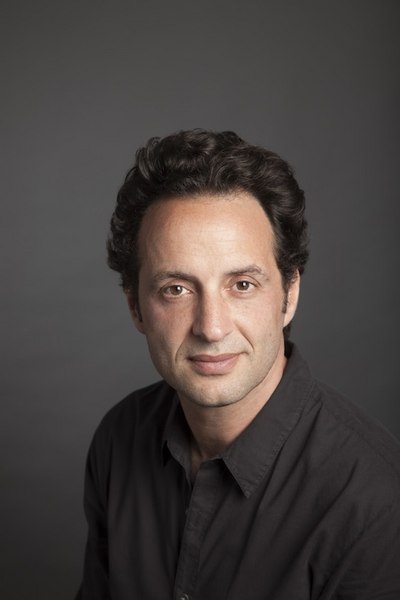 PARIS & LOS ANGELES – Gaumont has announced the hire of of Nicolas Atlan to the position of President of Animation, and Terry Kalagian to Vice President, Creative for Animation. The announcement was made by Christophe Riandee, Vice CEO of Gaumont. The new positions were created as Gaumont begins the expansion of its animation division with increased activity in the US as well as growth of its animated feature film division. It is also increasing activity in its already established presence in the area of animated series.

Both executives, based in Los Angeles, will report directly to Sidonie Dumas, CEO of Gaumont and Riandee. Atlan, who will split his time between the Los Angeles and Paris offices, will work closely with Cecile Gaget, Gaumont’s President of Sales on the movie side; Gene Stein, President, Gaumont Television US; as well as Erik Pack, President of International Distribution for Gaumont Television. Pierre Belaisch, based in Paris, will continue to serve as President of Animation with a focus on European TV series and will now report directly to Atlan.

“Having worked in the both Paris and Los Angeles, Nicolas has an excellent track record in the world of animation. While at Splash Entertainment, he produced and sold Kulipari: An Army of Frogs to Netflix and the animated feature film Norm of the North to Lionsgate. He is the perfect executive to blend our European and new US animation divisions, as well as helping Gaumont expand into the arena of animated feature films and increase its production activity on the television side. I welcome Nicolas to the team along with Terry, whom with 20+ years of experience, will be a great addition to Gaumont,” commented Riandee.

“Growing up in France watching many of Gaumont’s well-known productions, and now witnessing all of the company's recent success in the US, I am very proud to be a part of the team and to be given this tremendous opportunity to expand its animation division,” remarked Atlan. “I am grateful and proud of my time at Splash Entertainment and especially my close relationships with Mike and Liz Young, and the entire team. I wish them all much continued success.”

Atlan joins Gaumont from Splash Entertainment where he has served as co-CEO since February 2014 when the company was rebranded from Moonscoop.  Atlan has also served as President of Kabillion, a VOD platform for kids. Prior to being named co-CEO for Splash, Atlan joined Moonscoop in 1994 and worked in its Paris headquarters for 15 years. In the summer of 2009, Atlan relocated from the Paris to the Los Angeles office of Moonscoop, where he oversaw the daily operations of the US studio. Atlan is executive producer of many highly successful series, including Code Lyoko, Fantastic 4, Sabrina: Secrets of a Teenage Witch, and the recently announced Kulipari: An Army of Frogs, a Netflix original series.

Ms. Kalagian is a multifaceted entertainment executive with almost twenty years’ experience across various disciplines of the entertainment industry. She assisted both U.S. and international entertainment companies and organizations drive new business and develop, acquire, and produce new properties for both children and family audiences.  She worked with such respected companies as Mattel, Marvel, Starz Media, Cartoon Network, Polygon Pictures, ADK, and Blink Studios, to name a few. Prior to joining Gaumont, she was Vice President of Business Development for Rainmaker Entertainment. During her tenure at Turner, she led acquisitions and co-productions for Cartoon Network US and Boomerang US. Ms. Kalagian secured hundreds of hours of programming targeted to preschoolers, kids 6-11 and tweens 9-14.