The Swedish video game conglomerate has purchased Middle Earth Enterprises, which holds the rights to all the famed author’s published works, including ‘Lord of the Rings,’ ‘The Hobbit,’ and other properties. 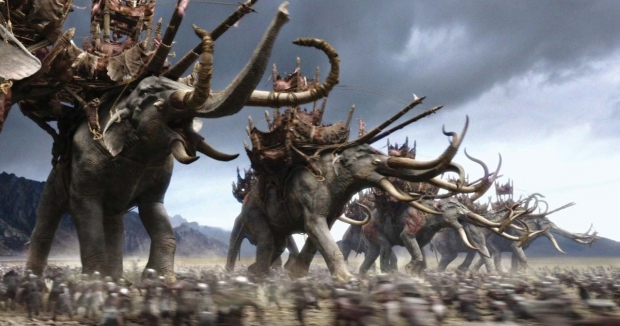 Swedish video game conglomerate Embracer Group has just purchased Middle Earth Enterprises from The Saul Zaentz Company for an undisclosed amount, thereby acquiring the rights to all things J.R.R. Tolkien, including published works, films, games, merchandise and theme parks, according to Variety.  This is the first time rights to Tolkien’s works have changed hands since 1976. Industry sources report the rights package value at more than $2 billion.

This isn’t the only major purchase for the gaming group. In addition to Middle Earth Enterprises, today it purchased Limited Run Games and Tripwire Interactive. In the past 12 months, Embracer has loaded up with acquisitions: Dark Horse, Tomb Raider, Deus Ex, and Thief.

Included in the purchase of Tolkein’s works come the rights to the two compilations “The Silmarillion” and “The Unfinished Tales of Numenor and Middle Earth,” leaving a myriad of characters and storylines to be explored.

“Other opportunities include exploring additional movies based on iconic characters, such as Gandalf, Aragorn, Gollum, Galadriel, Eowyn and other characters from the literary works of J.R.R. Tolkien, and continue to provide new opportunities for fans to explore this fictive world through merchandising and other experiences,” Embracer told The Hollywood Reporter.